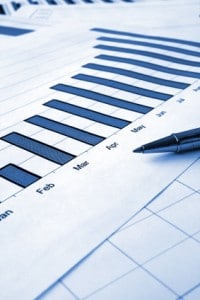 A former major in the Army has launched a brokerage for alternative business structures (ABSs), bidding to put law firms together with private equity investors.

Ben Holmes of Invest in Law Ltd [2], who was in the Army Legal Service and before that worked as a high street solicitor, predicts that it will be commoditised practices run along corporate lines that will most likely attract external investment.

He said he has good relationships with unnamed private equity businesses, who see enough potential in the law to make it a viable investment.

However, Mr Holmes questioned an assessment being drafted by the Legal Services Board which suggests that mid-sized City firms [3] are the ones most likely to receive external investment. He said private equity was discouraged by the partnership model, with multiple owners and slow decision-making, adding: “The traditional law firm is not of interest to private equity because it is not easy to grow them without acquisition. It is hard for them to innovate.”

He said he had already been approached by several smaller firms interested in investment – but that investors were not interested in them.

By contrast, commodity-type practices “that can be driven along process-driven lines”, are scaleable, can embrace IT and outsourcing, and have corporate structures to make decisions quickly are appealing to private equity.

Mr Holmes said he anticipated many firms closing down over the next few years by reaching deals with other firms over professional indemnity run-off cover and then handing over their files; he has come across “a number of firms” interested in such agreements.

He added that there was some nervousness about how far law firms and investors can go with each other at this stage in the wake of the Optima Legal Services and Capita deal that went too far in pre-empting ABSs.

A recent survey by Legal Futures Associate Contact Law [4] found that 30% of the 200 law firms surveyed [5] had already made contact with potential investors, although it did not say how many received a positive response.