Want to float your law firm? You need a business worth at least £75m, says banker 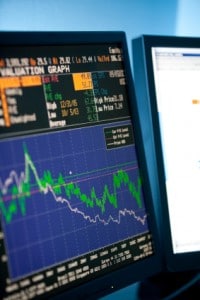 Law firms will need a business worth at least £75m to list on the stock exchange, a leading investment banker said this week.

This is because “the public markets prefer larger businesses at the moment” and smaller ones may struggle with liquidity, said John Llewellyn-Lloyd, head of mergers and acquisitions at Espirito Santo Investment Bank – which is currently advising Irwin Mitchell on its options for accepting external capital.

Mr Llewellyn-Lloyd predicted that external investment will happen “a lot quicker than most people envisage” because there is a strong appetite among investors given law firms’ “very strong cash flow and host of solid investable qualities”.

Professional services firms that are already listed have consistently outperformed the FTSE-350, the former barrister pointed out. He was speaking at a conference on the Legal Services Act, organised for non-lawyers interested in the market by Liverpool law firm Goldsmith Williams.

Mr Llewellyn-Lloyd said the “capital spotlight will act as a catalyst to change”. Consolidation among mid-market law firms means they are “capital hungry”, he said, while the current tax position could make capital gains more politically acceptable for partners than income.

He added that the collapse of Halliwells means there is less debt capital available and LLPs are less bankable without external capital. He also suggested that Halliwells would not have gone under in a post-ABS world as the goodwill would have been bought by a private equity company and “it would have started again”.

The banker said that of the other investment options available, mezzanine finance attracted lawyers because they would not lose control, while joint ventures were being discussed by companies and law firms because of the potential to cross-sell services.

Mr Llewellyn-Lloyd advised firms looking to attract investors to focus on the figures in their business plans more than on the text – “investors are interested in the profit and loss and cash flows” – and that profits per equity partner was a less important measure than showing how the firm will sustain its profit margin.

He also stressed the importance of widespread agreement within the firm that this is the way forward. “Investors don’t want to invest in a business where quite a lot of the stakeholders don’t want them,” he said, explaining that having 75% of the partners on board was not enough.