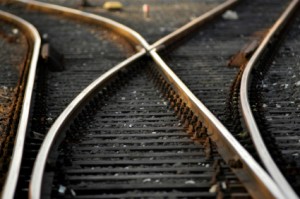 A director of the Office of Fair Trading is heading a new committee to oversee the Legal Services Board’s contingency planning to regulate alternative business structures directly, Legal Futures can reveal.

LSB member Bill Moyes – who will be joined by another lay and a professional member of the board, who have yet to be chosen – has been charged with keeping the need for the LSB to become an ABS licensing authority under “active review”.

The LSB’s executive team has also been authorised to work on how the board’s activities, staff and finances would be separated if need be.

As first reported by Legal Futures, the LSB preparing itself for the possibility [2] that the Law Society Council will not approve the Solicitors Regulation Authority’s application to become a licensing authority. The LSB is under a statutory duty to ensure that any organisation which wants to become an ABS on 6 October has an authority to which it can apply for a licence.

So far only the Council for Licensed Conveyancers has submitted an application [3] to become a licensing authority, but is currently competent to regulate just two reserved legal activities – conveyancing and probate – although it has applied to the board for the right to grant rights of audience and the right to conduct litigation.

Mr Moyes is a non-executive director of the Office of Fair Trading, as well as an associate of the Institute for Government, a trustee of the Nuffield Trust, and an adviser to a number of commercial and voluntary organisations. His varied background takes in senior roles in the civil service and banking, as well as spells as director-general of the British Retail Consortium and executive chairman of Monitor, the independent regulator of NHS foundation trusts.

ILEX Professional Standards has indicated its intention to apply to become a licensing authority – but not until next year – while the Bar Standards Board is still considering whether it will seek to become a specialist regulator of advocacy firms.

The LSB’s main board was told recently that both the separation of functions and licensing rules – particularly if it takes an approach based on outcomes wherever possible – are likely to be “relatively straightforward”.