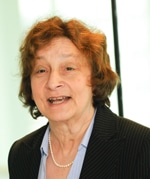 France: ombudsman must be seen to be independent of government

The battle over whether the Legal Services Board (LSB), its consumer panel and the Legal Ombudsman can retain their own websites continues, with the sites not closing at the end of last month as the Ministry of Justice (MoJ) had originally instructed.

As part of the Coalition’s bid to reduce the number of freestanding websites the government runs, several sites have now been merged into the MoJ’s relaunched website [2] – such as the Criminal Cases Review Commission, the Law Commission, HM Courts & Tribunal Service and HM Prison Service.

The websites of the three legal sector bodies were meant to close on 31 March, but the trio are continuing to fight the decision. An MoJ spokesman would only say: “The Legal Services Board, Legal Services Consumer Panel and Legal Ombudsman are in discussions with the Ministry of Justice regarding where their website content will be located online.”

Papers that went to a meeting of the full LSB earlier this year say its legal analysis has been “unable to uncover a statutory locus for such an instruction [to close the sites] and we remain of the view that our sites should remain operational”. This legal question is believed to be unresolved.

Speaking to Legal Futures earlier this week, Elizabeth France, who chairs the board of the Office for Legal Complaints (the formal name for the Legal Ombudsman), said that while they were happy to have links to the MoJ’s site, “ombudsmen have to be, and be seen to be, independent of government”.

She added that the fact the ombudsman and its website is funded by the legal profession (like the other two bodies) also poses practical problems.

Last month Baroness Diane Hayter, who chairs the consumer panel, told the House of Lords [3] that closing the websites was “a quite serious swipe” at the three bodies given the importance of their and the profession’s independence from government. She said she would rather the panel has no website at all than “being an arm of the government’s”.

Meanwhile, Ms France said that the Legal Ombudsman has received more than 38,000 “contacts” in its first six months, only 10% of which fell within its jurisdiction. The main reason complaints are not accepted is because clients have first to complain to their lawyer, who has eight weeks to resolve it. Yesterday was the six-month anniversary of the service.

Of those cases which have entered the system, over 60% have been resolved informally, with 7% so far making it to a formal ombudsman’s decision. As expected, conveyancing and family law are the main areas of practice about which people have complained.

She defended the delay in deciding [4] whether to name those who are the subject of complaints, saying they had to collect the evidence first. “I’m pretty sure we’ll be naming some,” she said, “but what we don’t know is what the trigger point should be.”