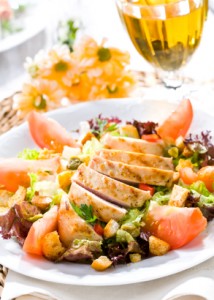 Lunch: the Law Society has actively entertained members of the LSB

A range of law firms and commercial interests have been wining and dining representatives of the Legal Services Board (LSB), according to information released to Legal Futures under the Freedom of Information Act.

The LSB’s register of corporate gifts and hospitality (both received and in some cases given) since April this year shows that City law firms Allen & Overy, Berwin Leighton Paisner, Lawrence Graham and Stephenson Harwood, as well as Investec bank and public services provider A4e – both of whose interest in alternative business structures (ABSs) is well known – and legal recruiters Michael Page are among those to have met senior members of the LSB.

The Law Society has been by far the most active of the approved regulators in engaging with the LSB in this way, with 10 various events (the register does not record regular meetings that occurred without hospitality). There has been far less contact involving hospitality with the Solicitors Regulation Authority.

The register reveals reasons for the hospitality in some cases, such as the Association of British Insurers discussing the role of the LSB and the routes for dealing with the association’s “regulatory concerns”, Investec focusing on ABSs and accountants Baker Tilly – whose professional practices team advises a large number of law firms – discussing implementation of the Legal Services Act.

Lawrence Graham has twice lunched members of LSB staff – including general counsel Bruce Macmillan – in recent months, while Mr Macmillan met the men who run Berwin Leighton Paisner’s innovative Lawyers on Demand service. The only chambers to feature on the list are 3 Hare Court and One Crown Office Row.

Comparison website TakeLegalAdvice is the only company to have lunched representatives of the Legal Services Consumer Panel, with a new consumer education website on the agenda.