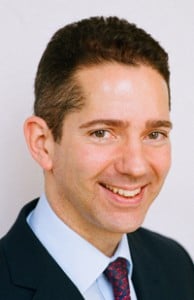 Djanogly: new ways of working may not come easily at first

Doubts over whether alternative business structures (ABSs) will start on 6 October persist after justice minister Jonathan Djanogly today refused to confirm that they will happen on that day.

He said the Ministry of Justice and Legal Services Board (LSB) were engaged in a lot of work to meet the timetable, but explained: “Although there is a desire for this work to be completed without unnecessary delay, and we are pushing hard for October implementation, I am clear that quality is paramount and I will not shortcut a complicated process involving no less than a dozen parliamentary orders.”

Speaking at the Legal Futures Conference earlier this week, LSB chairman David Edmonds sent out the same message, pointing out that 6 October was the SRA’s deadline, albeit one that the LSB fully supported.

He noted that it had originally been thought that ABSs would not come into being until the end of 2012. Legal Futures first reported the threat to 6 October more than a month ago..

Mr Djanogly told the future of legal services forum organised by Legal Week that for ABSs “to be a real success, we must ensure that we balance the flexibility of this new regime with robust consumer protection measures and clear regulatory safeguards”.

He said the new ways of working “may not come easily at first and adjustments may be needed, but making these changes will be worthwhile as a more enterprising legal services industry will produce benefits for consumers, practitioners, the legal profession, the economy – and ultimately, society as a whole”.

Mr Djanogly rebuffed any suggestions that ABSs are being rushed. “Given that we are a few years down the road from when this Act was passed, I don’t think we can say that ABS is being introduced too soon. In fact, since their inception in March 2009, over 400 legal disciplinary practices have been formed, as working barriers have increasingly been broken down within the overall legal profession. No serious problems have arisen from LDPs and indeed many of them are waiting to be amongst the first to become ABS registered.

“In the current economic climate, I would expect more diverse and flexible business structures to help boost the legal industry by relaxing the historical restrictions on how law firms are owned and managed, which in turn should help law firms to benefit from economies of scale.”

He said this should help attract more business into the UK, and that relaxing ownership restrictions should have a positive, rather than negative, impact on quality.

“By generating competition between providers, alternative business structures should attract more interest into the legal system and more competitive pricing of services, which – rather than raising alarm bells about providers exiting the system – should give rise to more self-scrutiny about how best to deliver services in this changing legal landscape.”

The minister and former City solicitor said he could see “no automatic reason” why small firms should be priced out of the system or why anyone should have to stop providing services.

“Of course, much advancement has already been made in utilising technology with the Internet making services much more accessible. Also, greater commoditisation of products has already occurred and changes to the market place now require lawyers to think much harder as to how best to market themselves to compete professionally. To that extent I see the move to ABS to be a continuation of a process that has been happening in any event over recent years.”

Legal Futures understands that the Solicitors Regulation Authority’s recent decision to use its veto over appeals against its decisions in relation to ABSs going to the First-tier Tribunal is one factor that could delay the start of ABSs. However, if they do not begin on 6 October, the delay is likely to be only a matter of weeks or a couple of months.