ABS beneficial owners to be public, but those with “material interest” may not be 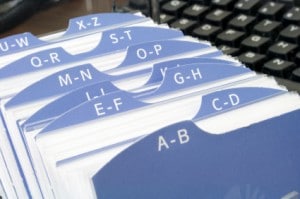 Public register: LSB draws line at those with substantial interest in ABSs

Details of investors in alternative business structures that will be made public should include the beneficial owner but might exclude the names of people with a “significant influence” over the business, the Legal Services Board has proposed.

A consultation paper published last week says the registers kept by future ABS licensing authorities (including itself if it becomes one) should be sufficient to identify key players within ABSs. Making it widely accessible “should aid public confidence in the providers of legal services”, it says.

A range of details should be held, including any enforcement action on the ABS, company information, the name of the head of legal practice, the reserved activities it undertakes and the ultimate beneficial owner. But other information should be optional, at the discretion of the licensing authorities, such as the names of those with a material interest in the ABS.

The Legal Services Act 2007 (LSA) defines such persons as those who hold at least 10% of shares or voting rights and who therefore exercise “significant influence over the management”.

The consultation says this information is more regulatory in nature, “although we would encourage licensing authorities to consider whether and how they make such information available”.

Details of disqualified persons on the list should include identifying personal information, such as their date of birth, together with details of their misconduct. The LSB says it was influenced in this recommendation by the register of disqualified directors.

It added: “Although this may seem to be a considerable amount of information, we consider that it is imperative that there is positive identification of all those who are disqualified from involvement in ABS.”

The LSB suggests that the disqualification information, together with the ABS register, should be “freely accessible” on the LSB’s website, with a link from each licensing authority. A similarly detailed list of people who licensing authorities have objected to holding a material interest in an ABS should also be available to the public, it says.

Meanwhile, the LSB has also published its policy on the use of its powers under section 69 of the LSA, following a consultation in September. A section 69 order enables the LSB to ask the Lord Chancellor to make an order amending primary or secondary legislation so as to modify the functions of an approved regulator.

The policy statement says the power should only be used where there is an “actual barrier to (or gap in) effective regulation that cannot be remedied in licensing rules or regulatory arrangements” and if there is no other alternative and proportionate method of achieving the outcome. Only the Solicitors Regulation Authority and Law Society responded to the consultation.