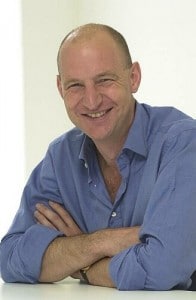 Sampson: unhappiness with his comments on the LCS

The Legal Complaints Service (LCS) closed its doors to new complaints yesterday with 3,718 cases still live, its board heard today.

The LCS was almost exactly on its projected work-in-progress figure for today, when the Legal Ombudsman (LeO) opened for business, with 2,340 ‘general’ complaints still outstanding. The other 1,378 open complaints relate almost exclusively to one law firm which was the subject of a recent mail-out to its former miner clients about possible deductions from damages. It means the LCS has completed all the firms targeted for such action.

If the WIP figure is below 500 by 10 December, the LCS’s Leamington Spa headquarters will close as planned on 17 December and the remaining 200-plus staff made redundant; if not, it will close on 31 December. Thereafter all remaining cases will be transferred to the LCS’s London staff, where around 50 caseworkers will be tasked with closing them all by 31 March, when LCS will shut completely.

The report from LCS chief executive Deborah Evans to the board also showed that the service has managed to continue to meet its targets despite ever-reducing staff levels, while it is nearly £1 million under budget for 2010.

Residential conveyancing work was the cause of more than 20% of complaints, with personal injury, general civil, probate and matrimonial the other significant areas of complaint.

LeO officially launches at an event at its Birmingham office this evening. Chief ombudsman Adam Sampson has caused unhappiness at the LCS and Law Society for saying on the BBC yesterday that the LCS had a “woeful record” when the statistics, and comments from the likes of government ministers and the Legal Services Ombudsman, indicate this no longer to be the case after the improvements made in the past four years.