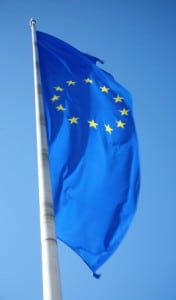 As part of our commitment to be your central resource for all that is happening in the world of legal regulation and the Legal Services Act, we are starting a weekly round-up of other key stories and opinions that have emerged during the past seven days.

An article in the law section of Thursday’s Times highlights the problems that City firms that accept external investment could have in Europe and the US. Though the scepticism of the Council of Bars and Law Societies of Europe (CCBE) and American Bar Association about alternative business structures (ABSs) is nothing new, the article ramps up the worries that City firms no doubt have by quoting CCBE president José-María Davo-Fernández predicting that if a City firm with offices around the Continent accepts external capital, the matter will end up in the European Court of Justice.

The article says the CCBE’s argument centres around article 11 of the Lawyers Rights of Establishment Directive, which stipulates that member states have the power to ban from their jurisdictions any law firm that is not completely lawyer-run, if it were deemed contrary to public policy to allow them to operate. “Bar authorities and governments in several member states oppose external investment, saying that injections of outside capital are likely to put lawyers under intolerable commercial pressure that will divert them from an historical ethical duty to the rule of law.” (Due to the paywall, we cannot provide a link.)

The Solicitors Regulation Authority’s reprimand of Optima Legal for its arrangement with outsourcer Capita – which was effectively an ABS ahead of its time – continues to attract coverage. The story was broken by The Lawyer here, which followed up with a more detailed look at what happened here. The article concludes that though it may have broken the rules, Optima has gained valuable experience of working with an outside investor, which will be very useful come October 2011.

But if sole practitioners have their way, ABSs will not happen. In a letter published by the Gazette, Clive Sutton, honorary secretary of the Solicitors Sole Practitioners Group, argues that the Law Society should oppose ABS to safeguard the profession’s ethics. “In-fighting precipitated by [ABSs] will yield conflicts of interest and abandoned clients, and see the commercial ethos brought into the legal advice and representation of clients,” he wrote. “Solicitors’ reputations are likely to diminish in consequence.” An e-mail poll found 95% of solos opposed to full ABSs, he added, and they will continue to lobby against them. See here (scroll down for letter entitled “Be careful what you wish for”).

Meanwhile, the Gazette’s In Business blog by Martin Langan, a former practising solicitor who now runs Legal Workflow Ltd, suggests that price comparison websites (see our story on how these are growing rapidly here) may be a way for solicitors to fight back and compete in marketing terms with big companies that enter the legal market next week. See here.

Professor Richard Moorhead, who has done a lot of good work in the field of civil litigation, legal aid and regulation of the profession, has an interesting take on the debate on whether will-writers should be regulated. He suggests that if the Legal Services Board does anything (and he has his doubts it will want to for various reasons), it will target the activity, rather than those who are doing it. See .

Professor John Flood – like Richard Moorhead one of the few academics really focusing on this field – counters those who question the point of the Legal Services Board, saying that it offers the chance to move away from the haphazard development of the regulatory system and thinking around it, and “frame a rational and contemporary system of regulation that will serve both consumers and producers in a complex and globalizing world”. See here. Professor Flood was particularly exercised by this unattributed article on Lawcompli here.

Finally, it would be remiss of us not to point readers towards Legal Futures Editor Neil Rose’s weekly blog on the Guardian’s law website, which this week looked at what the Jackson and Young reviews could mean for referral fees, claims management companies and £40 million of ‘no win, no fee’ advertising. See here.