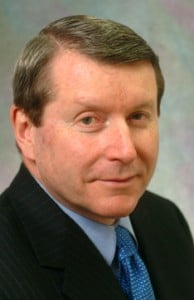 Weber: external investment could cause conflicts of interest

Investors can be good for many businesses but not when that business is a law firm, a leading in-house lawyer has warned, expressing particular concern that clients’ interests “may take a backseat to the lawyers’ search for additional capital”.

Robert Weber, general counsel of IBM in America, said allowing non-lawyer investors in law firms opens the door to “ethical risks that will work to the detriment of corporate and private individuals”.

Writing in Businessweek in response to various moves in America to allow non-lawyer ownership, he said: “They could compromise a lawyer’s obligation to protect confidential information and cause conflicts of interest between the lawyer and clients or outside financiers. These outside funders could influence a lawyer’s behaviour or even the outcome of a case.”

Mr Weber, who was previously a senior partner at US firm Jones Day, stressed that the lawyer-client relationship is “fundamentally different from a business relationship”, explaining: “No one expects an investor to act as a zealous client advocate. And despite boilerplate language that claims investors will have no impact on lawyer conduct, third-party sources of capital introduce an outsider who has neither a personal interest in the case nor an ethical obligation to the client, creating a temptation to let those who pay the bills call the shots.”

He criticised the legal profession for “repeatedly putting money first” in recent years. “Conflict-of-interest rules are weakening, making it easier for lawyers to switch firms mid-dispute. And allowing third parties to fund and influence litigation shows a willingness to discard the fundamental client-first values that once made this a trusted and respected profession.

“The chase after higher profits has also produced a relentless pursuit of growth, with already-large firms swallowing up more firms or adding new partners with their own extensive books of business. That growth creates a complex morass of client conflicts and a willingness to brush those conflicts aside in order to create bigger and bigger law firms (and presumably bigger and bigger profits).”

Mr Weber drew an analogy with investment bankers, “whose fees are the envy of many big law firms. Indeed, envy is surely at the root of many of these so-called reforms. When the investment banks morphed from partnerships to corporations, they undoubtedly increased their access to capital, yet they stopped managing their risks as carefully as they did when they were partners and their own assets were on the line. Only Pollyanna would think that lawyers will behave any differently”.

Meanwhile, in an editorial in the New York Times yesterday, economist Clifford Winston called for barriers to entry of non-lawyers and non-lawyer-owned businesses to be brought down so as to drive down the cost of legal services. He argued that requirements such as attending law school and passing bar exams are protectionist in nature and do not improve or guarantee quality.

Mr Winston, a senior fellow at thinktank the Brookings Institution, is the co-author of the recently published First Thing We Do, Let’s Deregulate All the Lawyers.