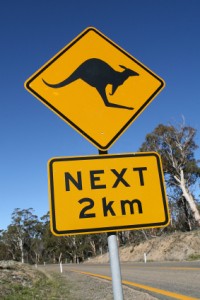 The world’s only two publicly listed legal practices, both in Australia, have announced strong results for the 2009/10 financial year.

Slater & Gordon is primarily a personal injury (PI) firm – although it is steadily building up its non-PI practice areas – and has continued the aggressive acquisition strategy that was a prime purpose behind its 2007 listing, with six acquisitions in the past year. It has also opened four new “greenfield” offices. In 2007 revenues were A$62.5m, and profits A$10.7m. It aims to deliver revenue growth of at least 20% a year, and the goal for 2015 is revenues of A$250m.

Most significant this year has been the A$57m purchase of Queensland PI practice Trilby Misso, financed mainly by a A$38m share placement. Slater & Gordon managing director Andrew Grech said: “The Trilby Misso acquisition is the most tangible demonstration of our determination to lead the consolidation of the national personal injuries litigation market. We are now clear market leaders in Victoria and Queensland with a strong foundation in New South Wales for future growth.”

The firm estimates that its current PI market share in 15-20%, and is aiming for 25-30% by 2015. It also wants to build a significant presence in family law and business and private client work.

ILH was named the fastest-growing law firm in Australia last year and its goal is to build a network of medium-sized firms in the mid-market, SME and high net-worth client segments.

It is targeting 15-20 member firms over the next five to 10 years; the aim is to acquire one new member firm and a number of “smaller tuck-in acquisitions” every year, adding around A$10m in revenue each time. It did not pursue acquisitions in 2009/10, focusing instead on consolidatig the existing businesses following acquistions in 2009.

The model is described as “freedom within boundaries” as member firms retain their branding and continue to run their businesses as they were previously doing, but with “strategic, financial and risk management boundaries”.

ILH’s annual results statement said the directors “remain confident in the outlook for the company given the strength and underlying quality of its member firms, the significant opportunity for organic growth and improved performance in these firms, and the significant potential to grow by selective acquisition as part of the strategy of developing a national network of legal services businesses”.