So why would you need external investment?

In the second part of his series looking at external investment in law firms, Jeremy Black of Deloitte looks at the good and not-so-good circumstances in which investment may be sought 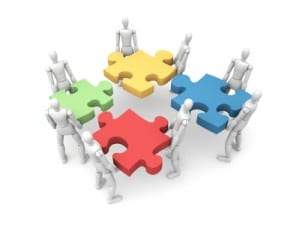 Multiple mergers: is rolling up fragmented firms a realistic proposition?

I’ve grouped the main reasons I can see for large amounts of funding into two categories – those where I can definitely see a logic to funds being required, and those where there may be some logic though I’m yet to be convinced. Let me start with the first category.

As I mentioned yesterday (see part one), the “naked in, naked out” nature of partnerships means they have historically been focused on income rather than capital growth. As a result I don’t believe there have been the incentives to make investments in technology that would take a fair amount of time to be paid back and would be relatively risky. Furthermore technology has moved on in its usability, and the success of products such as the iPhone and iPad perhaps suggest there may be technology investments that could provide firms with a competitive advantage.

In some ways, starting a law firm from scratch may well be attractive. If you designed a firm like this, it may well look different in some way, or perhaps many ways, from certain current firms. It may well be easier to get to where you would like to be from scratch rather than from the current position a firm finds itself in. However, to start a law firm now could require a fairly significant amount of funding so as to attract big hitters away from other organisations and to fund the early years of operation.

The third reason relates to those high-volume firms that operate in volume markets where, due to large working capital demands, growth is constrained by the level of funding available.

The fourth is where funding would be required by a current law firm to enable it to acquire another business that does not provide legal services – ie, to build some form of multi-disciplinary practice.

Then there is the situation often floated of someone ‘rolling up’ fragmented firms. However, I am sceptical of the advantages of putting a number of firms together. For this to make sense, I think there has to be what I will call a “scaleability” – meaning you can, for example, double the output without doubling the inputs (in the context of a traditional firm the main input being the fee-earners).

Unless there are cost savings through economies of scale (which I’m not convinced there are), or you can charge more for your output (which I don’t think you can), then I don’t see that the sum of the parts is greater than the whole when adding a number firms together, and I’m therefore not sure what you have achieved.