Mayson: ABS implementation has become “something of a shambles” 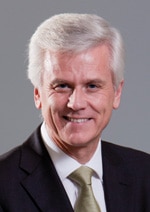 Mayson: too important to get wrong

The implementation of alternative business structures (ABSs) has become “something of a shambles”, Professor Stephen Mayson said yesterday.

He accused regulators of failing the “new entrants, new capital and entrepreneurial law firms” poised to take advantage of the new regime.

With continuing uncertainty over when the Solicitors Regulation Authority will be able to begin licensing ABSs – after parliamentary delays meant the long-planned 6 October start-date will be missed – Professor Mayson said “the implementation was simply too important in terms of policy and commercial execution to get the timing wrong”.

Addressing a Westminster Legal Policy Forum conference on the future of the legal services market, he said: “Some of the market initiatives waiting in the wings for ABS implementation will have taken years to prepare. Some of them cannot happen overnight; they are not short-term projects, and need detailed planning and preparation.

“Some of them are commercially sensitive, and some are similarly sensitive to timing… [It is not] an adequate response to say that the delay will only be a matter of weeks, not least because we still don’t know for sure that this will be the case. If a week is a long time in politics, three months is an age in the world of business and movement of capital.”

He told delegates at the event in Whitehall: “At this point, the implementation of ABS has become – I say with deep regret – something of a shambles. Whether there has been a failure in aspiration, project management or communication, I’m not sure.

“For those new entrants and sceptics who are unsure about the regulators’ ability to supervise a new framework and style of regulation effectively, the failure even to start on time presents a significant blow to credibility.”

Speaking later at the conference, Solicitors Regulation Authority chief executive Antony Townsend conceded that the timetable for ABSs has been “a really fraught issue” and said he “can only apologise” for the delay. “I and my colleagues and the Legal Services Board are working flat out with the Ministry of Justice to bring in SRA ABSs as soon as we can. I understand fully that this creates terrible planning problems.”

He indicated that the authority should start licensing ABSs in January or February next year on current estimates.

The only remaining sticking point on implementation is whether the Ministry of Justice will introduce an exception to the Rehabilitation of Offenders Act that would mean prospective non-lawyer owners of ABSs would have to disclose any convictions, even if they are spent under the Act. The ministry’s official line is that no decision has yet been made, but Legal Futures understands that informal assurances have been given that the exception will be approved.