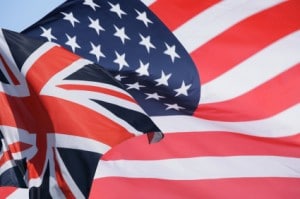 Pressure: UK support for ABSs is influencing the US

The American Bar Association (ABA) tonight floated the prospect of allowing limited forms of alternative business structures (ABSs) in the US.

Responding in part to pressure from developments in England and Wales, Scotland and elsewhere, the ABS working group of the ABA’s Commission on Ethics 20/20 has published an “issues paper” that seeks comment on three possible forms of ABS that might be allowed in the US.

However, it rules out as “not appropriate… at this time” passive non-lawyer investment in law firms, including flotation.

The three options all involve the active participation of non-lawyers: one that is essentially English-style legal disciplinary practices (LDPs), including a cap on the level of non-lawyer ownership; a variation on that where there is no such cap (as currently operates in the District of Colombia, the only place in America where non-lawyer ownership is allowed); and multi-disciplinary practices (MDPs) offering legal and non-legal services.

The working group was set up after the ethics commission highlighted the need to consider how “core principles of client and public protection [can] be satisfied while simultaneously permitting US lawyers and law firms to participate on a level playing field in a global legal services marketplace that includes the increased use of one or more forms of [ABSs]”.

The move has been predicted by those who thought the big Wall Street law firms would not allow their City of London counterparts to steal a march on them by using ABSs to boost their international competitiveness.

A decade ago, despite recommendations from a commission that it permit MDPs, the ABA’s ruling House of Delegates firmly shut the door on non-lawyer involvement in law firm ownership and control, describing it as “inconsistent with the core values of the legal profession”. However, today’s paper notes a variety of international developments since then, recounting how various types of ABS have been given the green light in England and Wales, Scotland, Australia, parts of Canada, Germany, the Netherlands and Brussels.

“Understanding how those models might be adapted or implemented domestically, as well as the challenges these approaches pose in the global legal services marketplace, is important,” it said.

The paper also noted that “the competitive environment in which US firms of all sizes now operate has changed”, with one New York-based litigation firm coverting its London office into an LDP. “Accordingly, while the regulatory environment elsewhere may not directly map the regulatory structures in place in the United States, US firms and lawyers are already participating in ABS abroad. The discussion is no longer simply theoretical.”

It added: “The impact of the economic challenges of the intervening period also invites reconsideration of whether ABS might serve to enhance access to legal services for those otherwise unable to afford them, and to provide new and varied opportunities for lawyers and firms domestically to better serve the public.”

The move also comes in the wake of a senator in North Carolina introducing a bill into the state senate to allow minority non-lawyer ownership of legal practices.

However, even if the ABA comes to support ABSs, any progress in implementing them is likely to be slow. The ABA promulgates model rules, which it is then for individual states – through their highest courts, which regulate lawyers in each state – to decide whether to adopt.

The working party is seeking comments by 1 June.