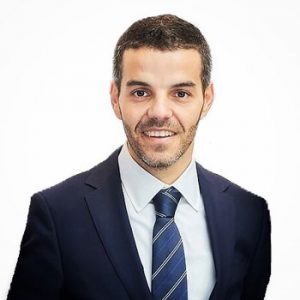 Almost half of young lawyers see resistance to innovation by their firms as the biggest threat to the profession, according to an international survey.

The rise of alternative providers and the commoditisation of legal services also featured prominently.

The survey, by the International Association of Young Lawyers (AIJA) – whose members are aged between 25 and 45 – and the Council of Bars and Law Societies in Europe (CCBE) consulted 180 lawyers from 48 countries.

However, the survey found that in 2018 fear of resistance to innovation had fallen substantially since the last such survey in 2016.

Almost a quarter fewer respondents mentioned it as a the biggest threat they perceived to the profession.

The survey found almost nine out of 10 young lawyers thought firms were likely to employ non-lawyers to provide client services in future, which many felt would put pressure on prices of their services. As in 2016, 70% said non-lawyers should not be allowed to deliver legal services.

Nearly a third were concerned that commoditisation of routine tasks was a threat, although most acknowledged their practices did more bespoke than routine work.

In other findings, significantly fewer young lawyers in 2018 than two years earlier were fearful of technology replacing them.

However, the survey noted that, despite a more positive attitude to technology, “lawyers are lagging in the adoption of new technologies in their law firms”.

It nevertheless found more than four out of 10 were confident their firms were using such technology such as artificial intelligence tools, cloud and online databases, and partnering with other professionals.

“The decision to evolve and adapt to an increasingly changing legal landscape is simply good business and lawyers should seek to ensure a sustainable business model for their law firms in the long term.

“The rapid changes in technology represent an opportunity for lawyers and their business. We should embrace these advances and make good use of new technologies to provide better services to the society and our clients.

“Quicker, more transparent and efficient legal services will result in increased trust from clients and, thus, in more business for lawyers.

“Lawyers must work closely with the industries leading the digital revolution to ensure that the legal principles that had guaranteed decades of stability, peace and economic growth remain adequately implemented in a digital world.”

Separately, a survey of 500 trainee solicitors in England and Wales by recruiter Douglas Scott has found that the number saying they were working for less than the recommended minimum salary has dropped by a third in 12 months.

Some 25% of trainees were being paid below recommended levels, compared to 38% at the beginning of 2018. This was mainly due to regional firms upping their salaries for trainees.

Jon-Paul Hanrahan, associate director at Douglas Scott Legal Recruitment, said: ‘This is good news. We have been tracking trainee pay awards for some time now and this year does feel different.

“Law firms have reacted positively to criticism, as our research also revealed that 45% of trainee solicitors received a pay rise this year compared to 35% in 2018 and for many it brought them above the threshold for the first time.”

The research also revealed that the average number of hours worked per week by trainees has decreased slightly from 43 hours to 42; 17% of respondents said they were working over 48 hours per week compared to 21% a year ago.