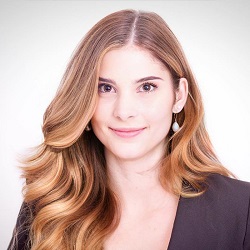 Shah: Platform got off to a good start

A junior and a pupil barrister have launched a website that aims to provide a single platform for women at the Bar.

Nasreen Shah, based at Great James Street Chambers, described Her Bar [1] as “a service that should have existed a decade ago”, combining useful information with an online community.

Ms Shah, who handles criminal, family and extradition work, co-founded Her Bar last month with pupil Rachel Bale, based at 3PB in Oxford.

Ms Shah said female barristers needed support in career building and career breaks so that they could transition from being a “presence at the Bar” to making up more than a “very small percentage” of QCs.

Her Bar provides advice and resources on a range of issues including finance, work allocation, preparing for career breaks, harassment, menopause at work and applying for silk.

It is launching a chat function next month, where barristers will be able to discuss the issues in separate chatrooms and move from one to another.

Ms Shah said this would be followed by job vacancies and other advertisements, with the long-term goal of Her Bar being able to take on paid employees.

“The aim is to have a website that is constantly evolving and, depending on its growth, we may be able to offer opportunities to aspiring barristers who want to work with us.”

She said the platform “got off to a good start” with over 450 followers on LinkedIn and thousands of likes and shares. It operates as a limited company with Ms Shah and Ms Bale as directors.

Ms Shah said the fact that Ms Bale specialised in property law, having taken the commercial route, would mean that together they could reach out to “different ends of the Bar”.

She is in talks with networking groups to try and bring them onto the platform, which would help it ensure that the website provided “all the information in one place”.

She added that Her Bar was currently self-funded, although she was looking at programmes for new entrepreneurs and start-ups.

A report by the Bar Standards Board published this summer found that although retention of female barristers was improving, they were still “far more likely to leave” than men after the early stages of their career.