“You want a quote? Byron or Shakespeare?” – how law firms fail to convert telephone enquiries 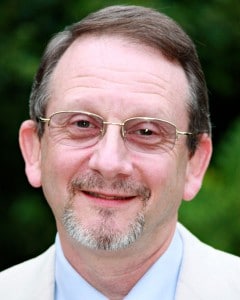 Law firms are suffering from a “nationwide epidemic of missed opportunities” because of the way they deal with telephone enquiries, new mystery shopping research has claimed.

The report highlighted just how badly some firms can deal with potential clients – one call-handler said a broken ankle is a “very good injury… and if you are lucky, it will develop complications and you can claim more”, and another responded to a request for a quote with: “Would you prefer Byron or Shakespeare?”

He found that few firms attempted to build a rapport with the caller or show any empathy/sympathy, and in 97% of calls, the handler failed to ask if the caller wanted to go ahead or make an appointment.

There was someone available to talk to the caller 61% of the time, and when there was not, three-quarters offered a call back, but the rest told the caller to ring again later.

One of the comments quoted by Mr Cooper was: “I’m sorry I can’t put you through to that partner at the moment as he has left for an early lunch and to play golf… You’d also better call back about mid-afternoon as he often goes home early.”

Another said: “I think you would be better trying another firm. What with holidays and so on, we are a bit busy at the moment.”

Four in five firms failed to offer a written follow-up and of those who did, 38% did not then keep their promise. In more than half of cases, the switchboard operator or a secretary provided a fee quote, although overall Mr Cooper found that he received a helpful and clear explanation about fees in 64% of calls.

Trying to call at lunchtime proved near-impossible, with 89% having nobody to deal with the enquiry there and then, while 4% of firms were closed.

Firms have no idea of how many new enquiry calls they receive, their possible value, the reason why people called, and the conversion rates of the people who handle them, Mr Cooper said, reporting that over 90% of people handling potential client calls admit to either not being very good at it or not liking the task.

He quoted one call-handler saying: “Look, it doesn’t matter which firm you go with… we are pretty much all the same anyway.”

Mr Cooper also interviewed senior managers at 92 practices about their call-handling strategies, and found that 85% did not provide proper training and 70% did not even try to track conversion rates.

He said: “It is quite amazing that at a time of massive competitive pressure and changes in the legal sector, law firms have not yet fully embraced the importance of converting their leads into profitable business.

“What is the point in undertaking expensive marketing activities to produce leads and enquiries, if the people who handle the enquiries admit to being poor at turning them into business or to not liking dealing with them? Most firms don’t have a proper strategy and have simply not switched onto the fact that this is a high priority area, which is costing them business.”

Mr Cooper provides training for law firms to improve conversion rates, and said that 90% of those who are trained see at least a 10% increase in the first month after training, while some firms are able to increase both their fees and conversion rates, as well as reduce the volume of free consultations given away.