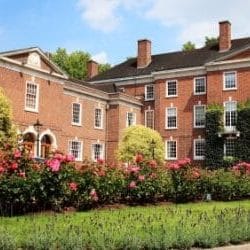 Making written pupillage agreements compulsory could reduce the risk of pupil barristers being subjected to “inappropriate behaviour”, the Bar Standards Board (BSB) has said.

It signalled the move in an informal consultation [1] that also proposes to make it compulsory for chambers and other training providers to bring their pupillage recruitment timetables into line with the Pupillage Gateway.

The regulator said the changes would take the form of conditions for authorised education and training providers.

Since it does not involve rule changes, there is no need for a full public consultation.

The BSB cited its 2016 Women at the Bar report [2], which found that 40% of female barristers had experienced harassment at work, either from within their chambers or from external lawyers and judges.

It said the reasons for making written terms compulsory was to help pupil supervisors and pupils “understand their obligations” and to make “the pupillage experience across the Bar” more consistent.

The 2016 report found that more than half of those who gave details of their experiences stated that harassment had occurred during pupillage.

The BSB said it was proposing a set of written terms for chambers and other training organisations, mainly reflecting existing requirements, to which they could add extra terms “provided they are not unfair and/or unduly onerous”.

On recruitment, it is already compulsory for all pupillages to be advertised on the Pupillage Gateway, but training providers do not have to follow its November to May recruiting cycle – leaving the way open for early offers.

The BSB said: “Earlier or later advertisement on the Gateway may disadvantage certain applicants who are less likely to be aware that these opportunities exist.

“This potentially excludes candidates from the application phase, which could be a barrier to accessing pupillage opportunities and may disproportionately affect those from lower socio-economic backgrounds.”

The BSB said the lack of a single timetable also allowed recruiters to set a “very short deadline” for candidates to accept or reject offers.

“If the deadline to respond falls before other pupillage providers have sent out offers, the applicant may feel pressure to accept the first offer in haste, leaving them unable to make an informed decision based on all the offers they may receive.”

The BSB said applicants from lower socio-economic backgrounds may feel under greater pressure to accept early offers because of lack of confidence. Training providers keeping to the Gateway timetable may find the “best candidates have already been recruited”.

In a further change, the BSB is proposing to add a final stage to the gateway timetable, giving all candidates a 14-day deadline to accept an offer.

The BSB expects the new conditions to come into force by November 2019.