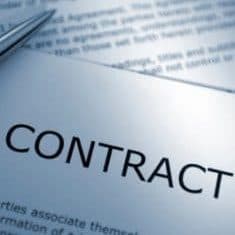 Requiring chambers to enter into written agreements with pupils may help to counter “shocking” instances of abusive treatment, the Bar Council has said.

It also supported a Bar Standards Board (BSB) proposal that chambers and other training providers bring their recruitment timetables in line with the pupillage gateway.

The relationship is currently governed by the BSB’s pupillage policy, and the committee urged the regulator to take care lest it open up pupils and the AETOs – or, if they are not a legal entity, a chambers service company or senior individual within chambers – to “additional civil liabilities”.

The committee was also concerned that overburdening AETOs with regulatory requirements “may lead some, particularly at the publicly funded bar, to stop offering pupillage altogether, with all the impact on equality and diversity that would entail”.

But, on balance, it supported the proposal “given that the contractual effect of a written agreement may concentrate AETOs’ minds on their responsibilities to pupils and help provide clarity to pupils about expectations of them”.

The response explained: “The Bar Council has evidence, through calls to the pupils’ helpline, of some examples of very poor, indeed abusive, treatment of pupils.

“Some instances of behaviour towards pupils are truly shocking and indicate a complete failure on the part of the AETO to appreciate the nature of pupillage and their responsibilities towards their pupils.

“Other callers have expressed concern about such matters as not having been provided with adequate training in their expected area of practice, not being given the opportunity to attend court, pupillage awards, expenses and use of email.”

But the committee stressed that a written agreement was not a substitute for effective enforcement action on the part of the BSB.

“The difficulty as the committee sees it is not primarily the absence of a written document, it is the weak position in which the pupil finds themselves to complain about the breach.

“Our experience through the pupillage helpline and otherwise is that it is understandably difficult to persuade a pupil to make a formal complaint about their treatment to the BSB and we cannot see that having a written agreement would make them any less reluctant.”

The response said bringing recruitment in line with the pupillage gateway would improve on a “fragmented system which is difficult to navigate, stressful and in which we consider applicants without social capital are likely to be disadvantaged”.

“Others do so by imposing very short deadlines by which offers must be accepted – so-called ‘exploding’ offers.”

But it urged the BSB to review the change after two years to ensure it was achieving its aim, and allow for waivers “where departure from the compulsory timetable is consistent with regulatory objectives”.

Some AETOs for employed barristers may in particular have “good reason” for departing from a common timetable, the committee said.

In other answers, it said pupils should be given seven days to accept offers through the gateway, rather than the 14 days proposed by the BSB.

“There is a balance to be struck between allowing applicants sufficient time to consider and respond to offers and enabling AETOs to know that an offer has been rejected so that they can offer to reserve candidates who are waiting to hear.

“Given that applicants will know the window during which offers will be made, they can be expected to make themselves available to receive them and to have carried out the necessary research in advance to make speedy decisions.”

The response said, however, that it was not “remotely feasible” to require compliance with the gateway timetable from November 2019.

“Many AETOs plan their recruitment programmes well in advance and will be unable to prepare adequately for a change which would be announced only two to three months before implementation.

“There is a risk that some may not offer pupillages in 2019-2020 if faced with change for which they consider they have not had time to prepare.”