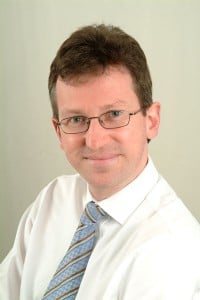 Wright: from prisons to Attorney-General

Barrister Jeremy Wright is the surprise choice to be the new Attorney-General, replacing Dominic Grieve in today’s major government reshuffle.

While Mr Grieve’s removal from the post was a surprise – and not welcomed by the legal professions, where he is well regarded – Mr Wright’s appointment will be seen as a bigger shock, not least because he is not a QC.

He is likely to be awarded the rank as part of his promotion, as has happened with law officers at Solicitor-General level in recent years, including solicitor Harriet Harman. Among other roles the Attorney-General is the official head of the Bar and a member of the Bar Council.

Mr Wright has been a justice minister over the past couple of years, with responsibility for the prison service, probation, rehabilitation, the criminal justice system and sentencing.

He was called to the Bar in 1996, and is a non-practising member of No5 Chambers and a member of the Criminal Bar Association. He specialised in criminal law and acting for both prosecution and defence, in the West Midlands area. Offences of violence, drugs offences and offences of dishonesty were an area of particular focus.

The MP for Kenilworth and Southam in the midlands since 2005, where he has a comfortable 12,000 majority, Mr Wright was a member of the justice select committee before entering government as a whip in 2010.

Oliver Heald, the Solicitor-General, is also leaving government, and he has been replaced by Swindon South MP and barrister Robert Buckland, in his first government post.

After being called in 1991, Mr Buckland became a tenant of Iscoed Chambers in Swansea. In 1999, he moved to 30 Park Place in Cardiff, where he practised in criminal law and planning. In 2007, he joined the newly-formed Apex Chambers at 33-35 Cathedral Road, Cardiff. Mr Buckland is a door tenant at 23 Essex Street Chambers in London.

In 2009, he was appointed as a Recorder, sitting on the Midland Circuit. He was elected in 2010 at the second time of asking, taking the seat from Labour.

That the prime minister is now reshuffling the lower ranks of the government indicates that Chris Grayling will continue as justice secretary and Lord Chancellor.