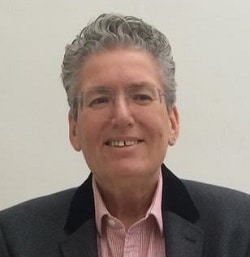 There needs to be a “root and branch” review of the complaints process run by the Legal Ombudsman (LeO), with the speed with which complaints are resolved a particular concern, according to the prospective chair of the organisation’s governing body.

Wanda Goldwag also described as “distressing” the crisis at LeO which saw its accounts qualified for three years in a row.

Ms Goldwag, a marketing specialist turned regulator, faced a grilling from MPs on the justice select committee, who must decide whether to approve her as chair of the Office for Legal Complaints (OLC). Ms Goldwag is the preferred choice of the Legal Services Board.

Ms Goldwag said she had no ‘key priorities’ for the rule changes, but she did have for the organisation.

“You need to have a complete focus on the process as a whole, of which technology is a part. I’m aware that timeliness has not been great, compared to other organisations I’ve been involved in.

“I find it a little odd that we congratulate ourselves when something is resolved in a year.”

Ms Goldwag said she was “quite concerned” about the current complaints process, saying there needed to be “a root and branch review” and greater role for online resolution.

She would not be drawn by Mr Costa on whether one of LeO’s existing rules, which requires solicitors to inform prospective clients of their rights to make a complaint, should be changed.

“I think this is about a world where we’re trying to protect consumers and very small businesses,” she said. “The processes can be very scary. Knowing that if something goes wrong, you’re not alone is a good thing.”

Ms Goldwag said the OLC had just determined its strategy for the next three years, and although the organisation needed “significant change”, she would not come in as chair and “blow it up”.

“This has always been about a process that has to be fair for both consumers and the profession. If the profession thinks it’s unfair, the process will fail.”

Ms Goldwag added that, considering how many legal transactions there were every year, there was a “relatively low level” of complaints, suggesting that the profession was behaving “quite well”.

Ms Goldwag said she was “very aware” that LeO’s accounts had been qualified for the past three years and of “irregular” payments to staff under the organisation’s flexible benefits scheme, which were finally scrapped last year.

“I’ve chaired audit committees, and when you’re dealing with public money, you absolutely can’t do things like that,” she told MPs.

“It’s one of the reasons perhaps why people think I might be able to do this job, because I’ve chaired audit committees to this standard with absolutely no problem at all.

“It’s distressing when public organisations that people would expect to be quite well supervised do things like this, and it’s something that I take very, very seriously.”

Ms Goldwag said that as a Civil Service Commissioner and Postcomm Commissioner, she had sat down and recorded tube tickets and sums of money of as little as 40p, “because that’s what you have to do”.

In a lively session, Ms Goldwag told Labour MP Keith Vaz that she “possibly” could be regarded as a “superwoman” because of her large collection of different roles.

However, she said her part-time role as Civil Service Commissioner, which took up two to three days a week, was coming to an end this month.

She said the statutory time allocated to the role of OLC chair was 60 days a year, but she was “assuming it would be double”.

When asked by Mr Vaz whether she had ever attended a solicitor’s office, Ms Goldwag said she coming to the OLC as a lay person, but she had experienced a “messy divorce”.

She said that she believed there would be “no conflict” between her OLC role and membership of the QC appointments panel.

Ms Goldwag told Conservative MP and solicitor Alberto Costa that she believed in self-regulation “as a principle”, but understood that legal services providers were not self-regulated.

She said the “end result” was what was important, while how you got there was determined by the particular industry and standards.

“Self-regulation is a very good start, but you always have to have the ability, if that’s not working to have, if I may say so, real regulators.”