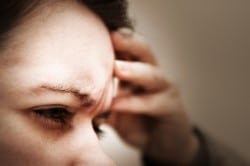 Survey: three-quarters of lawyers were suffering from stress

Of the almost 300 callers who gave a specific reason for their unhappiness, 27% cited workload, a rise of 5% from 2013. There was also a rise of 4% to 20% in the number of callers who cited disciplinary issues.

The total number of files opened by LawCare fell last year, from 515 to 473, and there was a fall in complaints about bullying, from 19% to 15%.

As in previous years, the most common problem that lawyers reported to be suffering from was stress. Three quarters complained that this was bothering them most, followed by depression (12%). A small minority admitted to alcohol problems, similar to previous years at 5%.

Two thirds of callers to LawCare were female, in keeping with previous experience. More than half (54%) were solicitors in England and Wales, 11% barristers, 7% trainee solicitors and 5% chartered legal executives.