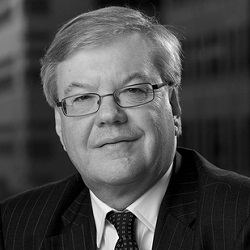 Scott: Easier being a corporate lawyer in the past

The work of lawyers advising large companies has become harder because clients are not as concerned to protect their reputations as they once were, the solicitor boss of the Competition and Markets Authority has said.

Jonathan Scott said the complaints about companies’ behaviour increased during Covid despite greater scrutiny and statements of corporate purpose.

Mr Scott is the former chairman of City law firm giant Herbert Smith Freehills, which he left in 2015, and has chaired the CMA since last October, having been on its board for four years.

Speaking to a conference organised by the Law Society’s competition section, he said the jobs of legal advisers of large corporates were now “more difficult than they were early in my career”.

He went on: “Why? One reason is that it seems to me that many big corporates might no longer be as concerned to protect their reputations as they were in the past.

“On the face of it, that might look like a strange proposition. Companies seem more likely than ever before to commit themselves to statements of corporate purpose and to acknowledge publicly their obligations to stakeholders.

“They are also subject to greater external scrutiny than ever before, including through social media, if they fail to meet their legal or moral obligations. Surely this should lead companies to be more concerned with their reputations and more likely to behave ethically than in the past?”

But if that were the case, Mr Scott said, competition authorities would expect to see fewer breaches. Instead, the CMA has been “busier than ever”, with over 100,000 consumers contacting the watchdog during the pandemic with concerns about companies behaving unfairly.

He said that, when he began practising, most corporates cared about their reputations enough to do something proactively to protect them.

By the first decade of this century, companies had moved to a more reactive crisis management approach, he said, since when “we have moved further still along this spectrum to a point where I think that corporate reputation is now insufficiently cared about in too many boardrooms such that even the adverse reaction to a reputationally damaging event may be lacking”.

Mr Scott explained: “The sheer volume of social media content, on such a wide range of subjects over such a short space of time, might reduce the salience of an individual claim. The storm may pass quite quickly, and there is no crisis to manage.

“Furthermore, if a company has taken a strong ethical stand on one issue, it might give it – as the academic literature suggests – ‘moral licence’ to behave less ethically elsewhere.

“And incentives to avoid the repeat of unlawful activity in the future might be wholly absent, particularly if liability for financial penalties is insufficient to deter and is seen merely as a cost of doing business.”

The solicitor said the loss of this deterrence – “the first line of defence for competition and consumer protection enforcement authorities” – was a real concern to him.

“This shift towards greater corporate reputational risk tolerance is perhaps also symptomatic of a wider shift in incentives and attitudes.

“Firms may be less concerned about competition law liability if the wider operating environment questions the orthodoxy of free, open, competitive markets being the best way to promote consumer welfare.”

There was less trust in markets and the benefits of competition, while the system became more complex and opaque.

“This is a real issue – it means that the wider political environment in which we are operating is less stable than it has been in the past.

“In this way, you will see that the CMA is facing a difficult examination question, and in an increasingly challenging set of examination conditions.”