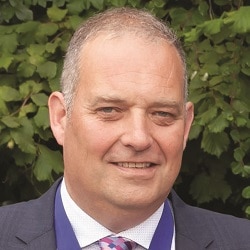 The personal experience of chartered legal executives shows that more needs to be done to stop pregnant women and new mothers being “punished” by employers, their representative body has argued.

The Chartered Institute of Legal Executives (CILEx) said that while it supported government plans to extend redundancy protections for women returning to work after maternity leave from six to nine months, this would not deal with the underlying problem.

Its response to the Department for Business, Energy and Industrial Strategy consultation drew on first-hand accounts from CILEx members of discrimination once they returned to work after having children – 75% of CILEx members are women.

Anecdotal data also suggested that, upon return to work, the role and scope of employment duties were unreasonably changed, with little help or support, and respondents felt a knock-on impact limiting their prospects of promotion or career development.

Even if statutory protections were extended, CILEx raised concerns that these practices may continue without wider efforts to counter discriminatory behaviours in the workplace.

It called on government to “strengthen the enforcement mechanisms available to pregnant women and new mothers who are facing a range of barriers when trying to challenge workplace decisions”.

The response argued that pregnant women and new mothers struggle to enforce their rights through fear of recriminations, being blacklisted by future employers and an absence of legal support.

They often lacked clear legal grounds or proof of insidious treatment and were put off due to the financial risk.

One CILEx member recounted: “A restructure of my previous employer led to redundancy with no alternative position offered to me in the new company. The member of staff who had replaced me for maternity cover was kept on.”

Another explained how, when she finished her maternity leave, she was told there was no position for her to return to: “As a mother of three daughters, one born extremely prematurely, I would say if you feel discriminated against, trust your instincts and report it.

“With all my pregnancies and subsequent returns to work I have witnessed a lack of empathy and different levels of discrimination, some more unconscious than others. The presumptions made by managers and co-workers have been very hurtful.

“With a small child to care for, it was emotionally and financially challenging to fight an unfair dismissal claim, particularly as I was working through an agency in an international organisation where other positions weren’t available.

“Many women will be deterred by the difficulty of the process… Due to the imbalance of power between employer and employee there is high risk of injustice.”

CILEx pointed to other jurisdictions such as Germany, where redundancy cannot be made during pregnancy without first securing consent from competent public authorities.

CILEx members also suggested that enforcement could be improved by the availability of legal aid, the introduction of new monitoring and reporting mechanisms, and an out-of-court mechanism for imposing fines/sanctions on employers that failed to abide by these protections.

CILEx president Phillip Sherwood said: “These reforms need to be sensitive to the acute needs of pregnant women and new parents who are likely to be experiencing a time where their emotional and financial resources are strained.

“The experience of our members, both as practitioners and working mothers, is that discrimination is commonplace, with companies able to circumvent existing protections and employees struggling to enforce their rights.

“We would like to see parallel reforms implemented to improve access to justice within the employment tribunal, better enforcement measures taken against companies who make redundancies during pregnancy and maternity leave, and efforts made to improve awareness amongst employees of their rights.”