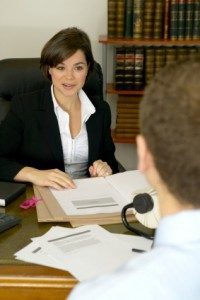 Women lawyers: Stress is a deterrent

Women solicitors are significantly less likely to seek partnership and twice as likely to cite work/life balance or stress as the reason than men, according to a major career satisfaction survey published on the eve of International Women’s Day.

The survey also found that employers are responding to the need to retain valued employees, with one-third offering bonuses – higher than it has recorded in previous years – and ever-higher numbers of lawyers believing their aspirations can be met by their current firms.

Legal recruitment firm Douglas Scott polled almost 3,000 people, 82% of them solicitors and 11% members of the Chartered Institute of Legal Executives. Nearly two-thirds of respondents were women and most were aged 25-35.

The survey, now in its sixth year, found that more than 70% were ambitious to make partner or business leader. More than a third believed this was possible with their current employer, a steady rise of 13% over the past four years.

However, the gender imbalance within ambition for partnership was marked. While 79% of men aspired to senior roles, the same was true of just 66% of women.

Meanwhile, more than 40% of women cited stress or work/life balance as the reason for not choosing the partnership route, compared with 20% of men.

The bonus culture is alive and well in the legal profession, according the survey. A full third of legal professionals received a bonus, dividend or profit share last year, it said.

In-house lawyers and those working in a compliance role were most likely to be given a bonus.

For the second year running, the survey said, flexi-time was the most valued benefit. In a sign that employers were responding to this feeling, one in five employers allowed flexi-time last year, 5% more than in 2016.

The survey said 39% were “delighted” by what they were offered. Unusual benefits included concert tickets, homeworking, and paid childcare.

Overall, 63% of respondents said they were happy at work, with four years the average before they got itchy feet and looked to move on.