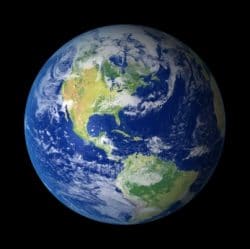 Some clients expect discounts on fees for using a female lawyer while women who push for higher salaries are likely to be labelled “aggressive”, a global survey by the Law Society has found.

The report concluded that quotas could help to tackle inequality as there was “no real equality or meritocracy in the legal profession”.

It is the latest output from the Law Society’s huge International Women in Law project, including a quantitative survey released last year, and a report earlier this year with 39 recommendations to help legal businesses deliver equality for women in the law.

It recorded the findings from 34 international roundtables held in 21 cities, across 18 jurisdictions, involving 724 female lawyers

Unlike their male colleagues, women were “often challenged by their clients and employers” about fees and faced “requests for reduction” on account of their gender.

“Women in all jurisdictions reported that it appears more acceptable for men to request greater financial recognition for their work, but women are perceived as aggressive when they do.

“There is also a serious lack of transparency about remuneration rates and bonuses across all regions, which prevents the identification of pay discrepancies that in turn undermines and prevents accountability for ensuring fair remuneration and equal treatment.”

The report found that employment opportunities for women lawyers were “more limited and highly competitive, so women reluctantly compromise and may accept less remuneration than they are worth”.

However the behaviour of some women lawyers towards their female colleagues was also criticised.

“Some participants felt that female lawyers can be very competitive and aggressive when dealing with other women – several participants said: ‘We can be our own worst enemies.’

“Participants discussed whether pressure to emulate archetypally ‘masculine’ traits has led to this unconscious bias and there is difficulty in unlearning these behaviours.”

It was felt that HR departments may be the best place to report issues relating to unconscious bias as “some senior staff are seen as untouchable”.

Others felt that unconscious bias training could itself be counterproductive.

“Some participants said that unconscious bias training can reinforce biases and, if not handled properly, can make people feel criticised and become defensive, which can further entrench bias.”

Participants at the African roundtables – from Ghana, Kenya, Rwanda, Nigeria and Zambia – complained of more obvious forms of bias.

Female lawyers were typically viewed as “very good academically, but not very good at advocating in court because women are not perceived as competent or as ‘strong’ litigators as men”.

The report went on: “Comments were also made about the fact that men are commonly given higher value briefs because it is assumed that they are working to feed their families, whereas women are not perceived to be the breadwinners and, therefore, do not need the additional income.”

Women lawyers in Africa agreed that “the law is still considered a man’s profession where women are only included if they can be ‘one of the guys’”, with women “adopting masculine traits” to avoiding being seen as too soft.

“If women show concern for others, they are likely to be perceived as less competent and too emotional.

“Ironically, if they challenge these stereotypes by showing determination, ambition and rationality, they will meet a ‘backlash effect’ and be criticised for ‘trying to be like a man’ so, in their own words, ‘women can’t win’.”

The Law Society’s report recommended that male lawyers be encouraged to act as “agents for change”, for example by actively countering conscious or unconscious bias or ensuring that equal numbers of men and women are considered for “all significant opportunities”.

Meanwhile, roundtable participants “consistently cited the problem of women not promoting and supporting each other”.

To deal with this, law firms should create forums and peer groups to encourage collaboration and encourage networking with women outside the law.

“A quota or target-based system could help to re-balance the existing inequality and bring changes in mindsets.

“Generally, targets are perceived as a positive measure, which help drive talented and capable women to senior positions when they would otherwise be overlooked.”

Law Society president Christina Blacklaws commented: “In jurisdictions across the globe, female lawyers are experiencing significant barriers to progression and are struggling to reach senior leadership roles in equal numbers to men.

“As a profession which strives to uphold justice, the legal profession must be at the forefront of the fight for gender equality.”