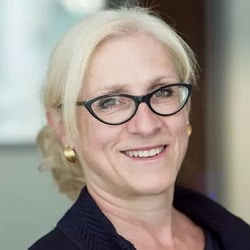 Men are increasingly being invited to participate in women lawyers’ networks, according to a report into gender-based organisations and a ‘toolkit’ on how to set one up.

It argued that building networks within law firms could help address problems of pay discrimination, unconscious bias and poor representation in leadership roles, and pointed to the importance of technology in mutual support, particularly at a time when women were disproportionately suffering domestic burdens from the Covid-19 pandemic.

The report is published today on International Women’s Day by the Law Society, assisted by research from London-based law firm Bates Wells.

Findings drawn from the society’s major 2019 survey of global gender equality in the legal profession, which covered five continents, together with interviews carried out by Bates Wells of female lawyers in 12 countries, included that while some problems were more urgent than others, networks were a vital tool in battling inequality.

“The key is to have a safe space to talk, a forum where they can get to know each other and discuss strategies to influence male colleagues in positions of authority about gender equality…

“Networking gives the opportunity to exchange information and ideas among people with a common professional or special interest, at the professional or personal level, in either a formal or informal social setting.”

The report examined a range of existing legal women organisations and the types of activities they undertook – such mentoring, conferences, podcasts and film screenings. Annexes described how best to set up a women’s chapter in a large law firm, draft questions from a survey, how to run an effective roundtable, and so on.

Respondents to the survey pointed out that many working women were expected to perform double shifts in the sense that they did paid labour in the workplace and unpaid labour at home. This amounted to a ‘double burden’ which many men did not have to bear.

A female British lawyer was quoted as saying: “Due to a combination of workload and lack of childcare support, I was unable to access and/or meet any formally organised support networks.

“Rather, I formed my own support network of female colleagues and friends working in the law, who are able to provide support and hugs on an ad hoc basis when required.”

The report observed that technology has been particularly useful in preventing isolation among women lawyers with caring responsibilities during the pandemic. Some organisation have created apps as a way of connecting, while social media were useful for sharing information and reports.

It also observed that in countries where women lawyers’ organisations were well established, men were increasingly becoming involved: “There seems to be a trend that more boards are making active efforts to ensure that men are invited and encouraged to attend events, whenever this is appropriate.”

For instance, in Australia, the Victorian Women Lawyers organisation has invited men to participate in almost all of its events. At Linklaters, the women’s group is sponsored by male partner. In Tasmania, the 40-year-old Women Lawyers Association has even changed its constitution to allow men to become associate members.

Introducing the report, Law Society president David Greene said: “The report provides an important insight into the experiences of women in the law and what needs to be done to achieve greater equality of opportunity and of representation, particularly at the senior levels.

“Many of the report’s findings reflect previous research that we have undertaken in this area to identify some of the key challenges to progression and opportunity for women in law, and we hear again about issues such as unconscious bias and equal pay for equal work.”

Melanie Carter, the partner at Bates Wells who led the research and co-authored the report said: “It was clear from our research and analysis that in many jurisdictions amazing work is being done to support women lawyers, mostly volunteers who are passionate about gender equality.

“In some countries, the women we interviewed were working with few resources and in some cases in the face of outright hostility. Even in this situation, there are inspiring models to follow and great ideas for how to organise.

“It is our strong hope that the practical focus of this report will make it a go-to resource for women lawyers who want to put together support initiatives whether that’s within a law firm, a separate organisation or as part of the local or national bar association”.