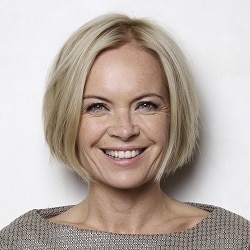 A service for couples wanting an amicable separation without instructing separate lawyers has been launched by leading private client firm Withers,

At the same time, the firm announced a series of podcasts on family law issues hosted by the TV celebrity Mariella Frostrup.

Called a ‘separation model for couples’, which can be conducted remotely via technology, the service is similar to that provided by the online service amicable, which was launched in 2016.

The question of whether conflict of interest rules were breached when lawyers acted for both parties in a separation was considered and dismissed by the High Court earlier this year.

The firm described it as “a straight-talking service, where couples work with one lawyer (who will act as an independent facilitator) and other lawyers within the team to identify options for outcomes and narrow down their disputes, thereby helping them achieve the best result quickly and less expensively”, adding:

“Importantly, the aims of the advisors and couple are far more aligned because they work in a neutral capacity.”

Partners Claire Blakemore and Diana Parker developed the new approach. Ms Blakemore, who is also the firm’s innovation and change partner, said the service gave clients the “flexibility of choices”.

She said experienced family lawyers were well placed to provide this kind of assistance, with the necessary legal knowledge but also the skills to achieve settlements.

“We are used to doing deals. Yes, we are litigators, but we are dealmakers too.

“The benefit of this is that we deal with children and finances. When it comes to finances, you’ve absolutely got to make sure that what you’re aiming for is within the bracket of what a court would deem to be fair; therefore you need the legal input.”

Ms Blakemore explained that the model was designed to help clients who did not want to adopt the adversarial stance of a court case, or even the “positional negotiation” approach taken in mediation.

“The challenge that separating couples have at the moment is that a lot of them are saying – and this is really what triggered the thought process behind this – that they don’t really want to go to court but they don’t know what the other options are.

“[They’re saying:] ‘We want a fair outcome but we don’t know what that looks like. We want it to be to be done fairly quickly and the court system just doesn’t give that.’

“There is uncertainty and they get this polarised position. For some people mediation isn’t suitable if there is inequality of bargaining… and that’s why sometimes the ‘positional negotiation’ model doesn’t work.

“Whereas our approach neutralises that because we don’t put it into the process.”

The solicitor said some couples also did not like mediation because it put them in the same room as the other party. The Withers service could be conducted remotely, which suited “people in this situation, who don’t physically want to be in the same place”.

Ms Blakemore stressed the service was not just for couples that had “a large degree of consensus between them” but also for those who wanted “a different way to try to get to the point of clarity as quickly as possible and is completely out of the public domain”.

If they wanted a fresh perspective on their separation, they could ask for another member of the Withers’ team to be involved or even to “go off and get independent advice” from a different firm.

She added: “People often want to be able to reach a resolution but they don’t necessarily know what the options are or what they involve.”

However, Ms Blakemore admitted that “no model is going to be suitable for every single couple and there’s certainly going to be cases where it’s not suitable for them – through their emotional position or if there is a safeguarding issue that need a court intervention.

“But it’s a model that can work for couples that do have strong views and a reasonably high level of animosity.

“It’s a question of how that couple deals with it because it’s like any kind of negotiated resolution; what you’ve got to focus on are things like the common ground, what’s important to each of you, and then find a pathway to get there.”

The six-part series of podcasts sponsored by Withers, Modern relationships: Love, life and the law, hosted by Ms Frostrup, deals with such issues as changing’s family structures, cohabitation, dealing with money, how to argue better, how to separate well,  and debunking divorce myths and misunderstandings.