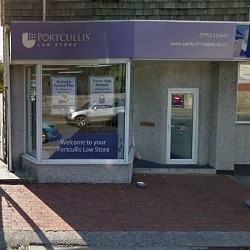 A wills and probate business in Plymouth has made headlines by becoming one of the first to embrace the embryonic trend of switching staff to a four-day week.

Portcullis Legals, which is not a regulated law firm, has given its nine-strong workforce a pay rise to allay concerns that the change in hours might be a cost-cutting exercise – at the same time, their hours have been reduced from 37.5 a week to 34.

Managing director Trevor Worth, who is qualified with the Society of Trust and Estate Practitioners, said that after an initial trial of five months, the four-day week was ready to be fully implemented.

“I felt the team deserved a pay rise after working so hard over the past year and to stave off the inevitable criticism that they’d all be working much longer hours in just four days instead of five,” he told Legal Futures.

“I wanted to pre-empt that by decreasing their hours worked, decreasing the number of days worked and raising their salaries, just to make it crystal clear how much we value them and that this is the way forward for our Law Store model to grow.”

He added that since the news got out, he had received hundreds of CVs. “We are only a micro business and it may be easier for us to change our working patterns like we have, than if we were a huge business,” he acknowledged, “but each business has to do what it feels is best for its own team.”

“The response has been extraordinary and there’s a real passion to help other firms achieve a happier working week for their staff.

“The initial results have been heartening – our team is happier and our customers are receiving a better service.”

Mr Worth has been able to rework the opening hours so the firm’s ‘Law Store’ is open to 6pm five days a week, although it will in future open at 9am rather than 8am as now.

Further, Portcullis staff will still visit clients at their home or workplace until 8pm when requested to do so, and Mr Worth said he would then make adjustments to that team member’s hours for that day.

He added: “This means that our valued clients can contact us later in the evening, which is often more convenient.

“Our staff have been more motivated and productive – I’m delighted that we’ve been able to make it work and provide an even better service for customers, and a great working environment for our team.”

Yasmin Serter, who works in Portcullis’s client services team, said: “The bedding-in period and new working patterns has taken a while to get used to but as a team we are definitely better rested and more motivated.

“That means we really look forward to coming to work and meeting the people we’re trying to help – which can only be a good thing for the service we provide.”

There has been increasing talk about four-day working weeks since a successful trial by New Zealand financial services firm Perpetual Guardian, with staff 20% more productive, although plans by medical charity the Wellcome Trust to trial it for 800 workers at its London head office were dropped last month after it found the move too complex.

However, insurance company Simply Business is to trial a four-day week at its call centre in Northampton, which employs 250 people.