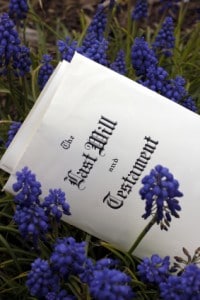 The Society of Will Writers (SWW) is set to adopt a code of conduct change that will prevent its members from taking advance payments for acting in the administration of a client’s estate.

The move followed publication of SWW research on the apparent rise of firms offering pre-paid probate plans (PPP), which advised consumers to be sceptical about claims made by PPP providers.

The report by James Greenwood, case administrator with the SWW Trust Corporation, stopped short of stating that all PPPs were worthless, but queried the supposed advantages of taking them out. “The case for PPP seems to have failed,” he said.

Advance plans are sold on the basis that reviewing consumers’ assets periodically saves fact-finding time, thereby reducing distress to friends and relatives in the post-death period, and can make estates less vulnerable to inheritance tax.

Mr Greenwood found these benefits were at best only true to “a certain extent” and while delivering “few clear advantages”, required “an element of risk”.

He concluded: “Those benefits of PPP which withstand scrutiny are largely transferable to a traditional probate service model, provided a fact-finding service before death can be arranged…

“It is better, it seems, to rely on the services of a trustworthy traditional probate service provider, than try to oversimplify with a PPP plan and sign on the dotted line, ignoring the quiet menace of the small print.”

Earlier this month, the Society of Trust and Estate Practitioners introduced a that included the statement: “No will drafter shall prepare a will and require, solicit or otherwise attempt to obtain any advance payment for acting in the administration of the client’s estate.”

The SWW said: “[The SWW] board will recommend to the executive council that our code should be reviewed to include a similar requirement on members.”

But it admitted: “There is little information available at present regarding the quantity of such plans being sold, or whether these plans have been received with any widespread criticism.”

In a response to the on will-writing, probate and estate administration services in 2012, the probate company ITC – which claims to be the UK’s largest probate provider – said it “regularly” encountered PPP, among other areas of “mis-selling and fraud”, adding: “Pre-paid probate is, in our opinion, the largest dormant but inevitable disaster that will hit this whole sector. For many decades (over 50 years), wills have been written as a loss leader to lock beneficiaries into using the firm, company or individual as executor.”