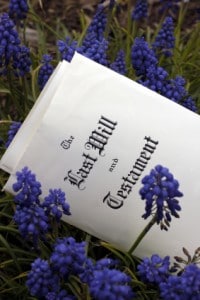 Will-writing: SWW code being checked by the OFT

The Society of Will Writers (SWW) is stepping up efforts to position itself as the regulator of the industry by introducing compliance checks against its new code of practice.

The SWW – which is the largest will-writing body with 2,000 members – said it took the decision in the wake of the recommending that will-writing become a reserved legal activity.

This is now under investigation by the Legal Services Board.

The latest version of the code of practice, which was issued in May, is currently undergoing checks by the Office of Fair Trading (OFT) as part of its Consumer Codes Approval Scheme.

The code of practice of the Institute of Professional Willwriters, which is also , was approved by the OFT last year.

The SWW said that “in advance of and despite not having received the OFT approval”, it is pressing ahead with audit checks that form a key part of the OFT scheme.

In a statement, it said: “Once this process is in full swing, consumers may expect that any will-writing business that they deal with, which is a member of the society, will have been thoroughly and regularly checked for compliance against the SWW code at least once in each successive three-year period. Failing the checks could lead to removal of membership.”

These external checks will be in addition to the internal audits that the SWW says it already undertakes on an annual basis.

SWW director-general Brian McMillan said he has told members that membership of the society carries with it “not only a responsibility for competence in the provision of will-writing services but also the willingness to treat customers fairly”. By doing so, “members can at a stroke counter the wide-ranging criticism currently being levelled at will-writers and deliver robust consumer protection”.