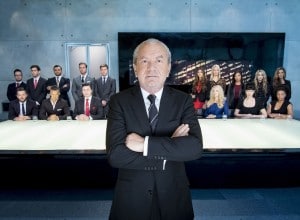 New legal brand Dynamo Legal is set to receive a major publicity boost next week when its founder appears on The Apprentice in a bid to win Lord Sugar’s £250,000 investment for the business.

Alex Mills is looking to recruit 245 law firms across England and Wales to Dynamo Legal – a collective marketing scheme – and build a £7m advertising warchest.

The format for the new series of the BBC show has changed slightly as the candidates will reveal their business ideas right from the start of the process.

The first task kicks off at midnight with Lord Sugar asking the candidates to sell a shipping container load of goods to London’s trade in just one day. From novelty items to household necessities, each team must find suitable buyers for their different product lines – and Lord Sugar throws in a surprise twist right at the beginning.

Other tasks in the series include the candidates creating and branding their own flavoured beer and selling caravans, and putting together a corporate away-day for some very big clients. 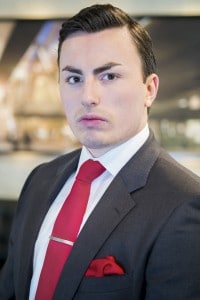 BBC publicity said that Mr Mills, who is 22, cites his greatest strengths as design and calculations and describes himself as passionate, hardworking and determined. He is inspired in business by brands such as Tom Ford and figures such as James Caan, and enjoys playing the guitar and sport shooting in his spare time.

He said: “I’m an old head on young shoulders. I believe that I’m the new breed of businessman that this process requires.” He co-founded and then recently sold his interest in a slate sign-making company in Wales before launching Dynamo Legal.

Dynamo is now recruiting 20 firms in south Wales and 30 in the south-west of England for a one-month trial starting later this month, rolling out pilots to the rest of the country on a phased basis until August. The trial costs £720 for one area of practice or £1,200 for two.

Among Dynamo’s plans are to develop smartphone apps and a white-label service for retail brands.