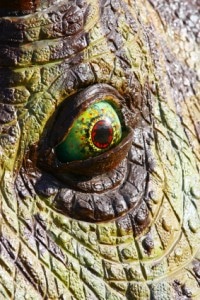 Eye for an opportunity: Wiggin benefits threefold from Walking with Dinosaurs idea

An alternative business structure (ABS) licence is the next stage of the evolution of well-known media law firm Wiggin into a media business “of which law is a central cog but not the be all and end all”, its chief executive has explained.

John Banister said that although Wiggin’s ABS licence – which took effect from the start of this month – was ostensibly because he is a non-lawyer partner and the firm needed to convert, in the longer term the new status is part of moving Wiggin “from a pure service-based business and into one that actually creates something that has asset value”.

The firm rewrote its five-year strategy in 2010. Given the narrow market in which it works – the film practice, for example, already acted for all the major US studios – Wiggin realised that it had to grow by offering more products and services rather than by acquiring more clients.

Over the last three years, the firm has “leveraged its knowledge and experience” to create other businesses, Mr Banister said. There is a consultancy, Ariel Ventures; Incopro, which assists clients in protecting their content from piracy; and through its collaboration with content consultancy Content & Co it is a backer of Cirkus, a subscription video-on-demand service that offers viewers the ‘best of British’ TV series.

Ariel, he said, is “about being the opposite of a lawyer” – taking ideas to clients about how they can develop value in what they do. For example, the firm took an idea to BBC Worldwide based on its content that is leading to three films, including the upcoming Walking with Dinosaurs 3D – the firm benefits from a consultancy fee, legal fees, and a “small share” of the value of the films as well.

“ABS gives us more alternatives in how we build these businesses,” he explained. Though Wiggin could “easily find external investment”, it is still deciding how to fund these and further initiatives. Seeking external cash too early can lead mean undervaluing the business, Mr Banister said.

He suggested that the nature of the firm and the work it does made it easier to bring the lawyers along in developing this way, but observed: “The challenge is getting the lawyers to understand that some of [the ventures] may not work.”

The core of Wiggin will always be a law firm, Mr Banister emphasised. “All the different services and products feed into and out of each other.”

The way Wiggin is shifting is similar to that of London media firm Schillings, which with the help of two ABS licences has transformed itself into a ‘reputation defence business’ of which legal services is just part.