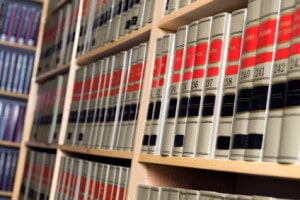 Future of legal training in question

A “significant majority” of the 250 or so responses to the Solicitors Regulation Authority’s (SRA) consultation on the proposed Solicitors Qualifying Examination (SQE) have expressed concerns about the plans, the regulator has acknowledged.

From the organisational responses reviewed so far by Legal Futures, the wall of opposition from solicitors, law teachers and academics, and consumer representatives, ranged from the claimed threat to the reputation of solicitors if the existing training system was replaced, to the matter of cost and whether it would impact on diversity.

Speaking after Wednesday’s SRA board meeting, officials were at pains to stress that they would take close note of the responses, with strategy director Crispin Passmore saying he would be “amazed” if they did not change their position “to some degree” as a result.

A number of respondents questioned why a wholesale revision of the system was necessary when the Legal Education and Training Review (LETR) had only recently recognised that the current regime delivered, for the most part, a good standard of education and training.

The Association of Law Teachers (ALT) made the point: “The SRA consultation proceeds on an essentially false premise, which is that there are fundamental deficiencies in the present system of education, training and assessment… In fact the overall conclusion of the LETR… is broadly positive.”

The City of London Law Society (CLLS) also objected to the very premise of the SQE: “The questions asked in the consultation provide no opportunity to enter the debate about the validity of and need for these reforms on a general level.”

Solicitors’ representatives were united in condemning what they said was an absence of detail in the SRA’s proposals. “The devil is in the detail and the detail is missing,” said the Law Society’s response.

The CLLS added: “Our hands are tied because the consultation contains little more than skeleton proposals which do not allow us to reply definitively with the level of detail warranted by such a major shake-up of the way that the entire solicitors’ profession qualifies.”

The Legal Services Consumer Panel complained that the issue of workplace training was not being considered in this consultation. The panel questioned how appropriate it was to consult on the SQE without discussing it.

The Law Society took up the point and, while it acknowledged that work-based learning would be discussed in a future consultation, it urged: “It is essential that newly-qualified solicitors are au fait with the workings of the business of law, the environment and other professionals, as well as having had ample time to develop and demonstrate their competence at the range of skills required.”

On areas of the SRA’s proposals that were spelled out, the reaction was similarly sceptical. Academics doubted the market would respond to student demand and change law degrees to accommodate the SQE. It was impossible to know how many law schools would respond, said the Society of Legal Scholars (SLS). “Some may well take the view that they are not prepared to see their curriculum dictated (de facto) by the SRA.”

Among various objections, Chancery Lane queried the lack of restrictions on the number of times an assessment could be retaken, which it feared would favour richer candidates, adding: “It could lead to a situation where students can effectively ‘bank’ elements indefinitely, which they may have no familiarity with by the time they finally manage to qualify.”

The consumer panel pointed out that while the SRA believes the SQE would remove the need for candidates to take the legal practice course, in practice many firms would continue to favour it. “By increasing the cost burden on what is likely to remain the most popular route to becoming a solicitor, there could be an adverse impact on equality, diversity and inclusion and barriers to entry could be raised rather than lowered,” it said.

Young Legal Aid Lawyers (YLAL) echoed the point: “YLAL has concerns about the potential effect the proposed changes will have on social mobility, diversity and the accessibility of the profession, and feels that the SRA has failed to provide sufficient information about the anticipated cost of the SQE”.

There was a widespread view that solicitors should be graduates, although most respondents were content that they could be educated to an equivalent level. The ALT said: “We agree that there may be routes to qualification which demonstrate the equivalence of a degree without a degree as such… [For instance] a CILEx entrant does not have a degree, but is educated to degree level, and has extensive work-based experience.”

The legal scholars said that while there were a “small number of cases” where people could show they had reached graduate standard by other means, “in the vast majority of cases” it was “essential that solicitors should have a degree.”

In its response, Bristol Law Society said it recognised “additional routes toward qualification” were good for diversity. However, it continued: “The requirement for a graduate degree presently provides an indication of academic success and knowledge. From the perspective of protecting the ‘brand’ of solicitor, this must not be watered down.”

On the question of solicitors’ reputation, City solicitors were adamant the SQE risked undermining it. “Any lessening of the pre-eminence of English law would have political and economic repercussions which should be of concern to the SRA as a regulator, when its objectives are to encourage a strong and effective legal profession and to promote the public interest. This should not therefore be dismissed as mere scaremongering,” thundered the CLLS.