Wide LPC attainment gap based on provider and ethnicity 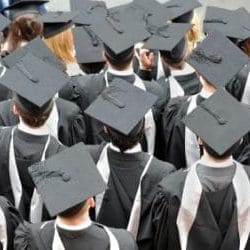 Students: Inconsistent outcomes depending on provider

The disparity between the best and worst legal practice course (LPC) providers has continued to grow, with only 23% of students passing at one institution.

The Solicitors Regulation Authority’s (SRA) annual report on training authorisation and monitoring, for the year to August 2019, showed a continuing attainment gap between White students and those from other ethnic backgrounds, with Black students performing the worst.

Only 3.3% actually failed – the rest were either withdrawn or suspended or were referred or deferred from their assessments.

It was similar for the common professional examination (CPE), where 2,960 students (58% of the total) passed and 6% failed.

The success rate between the best and the worst institutions – which the SRA did not name – widened; while every student at two providers passed (and 97% at two others), there was one where just 23% of students were successful. Two others recorded pass rates of under 50%.

The SRA recorded “significant variation” between providers in terms of the proportion of students obtaining commendation and distinction grades as well.

“It is unclear what the reasons are for such a wide disparity in performance,” it said. “There may also be variation in academic ability between different intakes; variable quality of teaching; and/or different approaches to assessment.

“This makes it difficult to be confident about consistent outcomes. These are some of the reasons why we are introducing the SQE [Solicitors Qualifying Examination].”

There are also very large differences in the size of different providers and the number of students on courses; the smallest have fewer than 10 students.

The largest providers, BPP University and the University of Law, and between them teach four in every five students.

There was little difference in attainment between women, who made up two-thirds of the cohort, and men.

But there was when it came to ethnicity, as there has been every year. A quarter of students identified as Asian/Asian British, 11% as Black/African/Caribbean/Black British, and 4% as mixed/multiple ethnic groups.

Almost 68% of White students successfully completed the LPC, compared with 49% of Asian/Asian British students and 36% of Black students. The figures were similar for the CPE.

The SRA said: “We know there is an attainment gap affecting BAME students in legal education. This attainment gap is widely seen across higher education and professional assessments.

“We are commissioning independent research to look at the societal and structural factors that may be driving this attainment gap, so that we can look at whether we and others can take steps to make a difference.”

Students with disabilities recorded a lower pass rate than those without, and were more likely to be referred or deferred in their assessments.

The transitional arrangements for the SQE mean there will be people qualifying through the CPE/LPC routes for some years after the introduction of the new test. The SRA said it would continue its monitoring “for as long as the numbers qualifying remain high enough to do so”.