Unlikely as it may seem, external investors are showing an interest in the criminal Bar. The reason, explains John Binks, is the way Legal Services Commission payments are structured and the £70m of work-in-progress that barristers are now sitting on 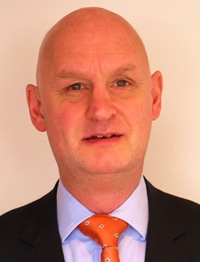 Binks: chambers will have to show strong management to attract investors

As outside investors increasingly eye the work traditionally the remit of the high street solicitor, what hope for investment in the Bar? Within crime, seemingly one of the most difficult areas for the future, the pace of change is quickening.

Price competition remains scheduled by the Ministry of Justice to commence in 2014, and Michael Turner QC, the new chairman of the Criminal Bar Association, has signalled the possible roll out of ‘one case one fee’ in crime (presumably as a precursor to full competition) in 2013.

Amidst this change there are hopeful signs of interest from investors, and a realisation that the criminal Bar could be sitting on a valuable asset, and, more importantly, one largely sold by solicitors on the Legal Services Commission’s (LSC) introduction of contracting in 2001.

The opportunity arises from disparities in LSC payment practices. The solicitors’ litigator fee (the LSC fee for preparation of Crown Court work) is paid on the basis of a six-week target period. In 2011 the LSC took over direct payment of barristers’ Crown Court advocates’ fees.

On a mistaken basis of parity, the Bar Council agreed with the LSC that payment should be made against same six-week target. The mistake was that the agreement does not create parity. On average only 43% of solicitors’ crime income comes from litigator fee; the remaining 57%, for police station and magistrates’ work (‘crime lower’ work within the terms of the contract) is paid on a very different basis.

When contracting was introduced in 2001, the LSC made a number of concessions. Before then the regime operated on the basis of monthly payments for work following submission of billing. On introduction of the contract it was agreed a fixed standard monthly payment would be made at the beginning of the month for which work was to be done. Additionally an extra 7.5% of billing was factored into payments as a notional allowance for work in progress.

At the beginning of the contract, practitioners accordingly had a double monthly payment as they moved from payment of arrears to payment in advance, and by the end of the first year they had factored into contract reconciliations an additional 7.5% above actual billing. In short the LSC largely bought up the work in progress (WIP) of crime solicitors at an approximate cost of £90m.

The LSC did not buy up the WIP of the criminal Bar; indeed it has recently extended the WIP. What may be viewed as an initial unfairness for the Bar may now be to its advantage. Inclusive of WIP in high-cost casework, the criminal Bar is sitting on an asset worth in the region of £70m. It is government debt, largely based on quantifiable fixed fees, and is particularly attractive to investors who understand LSC payment systems and how they operate.

Investors are looking at options for purchase of WIP at a discount, or for its use as security against loans. Either way, those at the criminal Bar who are considering change may now have feasible options for the raising capital to fund it .There may be an opportunity for private investors to replicate the payment systems that solicitors already enjoy in offering advances to effectively pay for value of work from point of receipt; the offer could also extend to very high-cost cases.

Some at the Bar may question the fairness of having to buy from the commercial market funding that is made available to solicitors for free. Such an argument would, however, fail to acknowledge that LSC contractual and quality compliance standards with which publicly funded solicitors must comply themselves carry a significant cost. By contrast the Bar is able to carry out publicly funded work free of the costs associated with such obligations.

There are, of course, risks for any potential investors. WIP as an asset is of considerably less interest if the value of the security is in decline and, for the Bar in general, it certainly is.

In 2011/12 the total value of LSC-funded advocate graduated fee work (the bulk of which is paid to the Bar for Crown Court advocacy) fell by £33m, a 17% drop in 12 months. By contrast, the total sum paid to solicitors within the litigator fee class of work for preparing those same cases for trial rose by £35m, an increase of 17%.

In 2009 the average litigator claim was £1,963; the average advocate fee was £2,106. In 2012 comparative figures are £2,440 and £1,898 respectively. Behind the loss of ground illustrated in the data is the continuing increase in the volume of advocate fee work done by solicitor higher court advocates.

Crown Court defence work available to the Bar is dropping in both unit cost and volume in a manner that must begin to concern even those with their eyes most firmly closed.

So where does this leave the criminal Bar?

There are opportunities to raise money, and there are opportunities for investors, but only for the right chambers. Elements of the Bar recently resisted the Bar Council’s own proposed business standard on the basis that barristers are ‘not businessmen’. At the same time most chambers insist that detailed control over running of chambers ultimately sits not with the chambers managers they employ to be responsible but with those same barristers who are’ not businessmen’. This is an attitude which is guaranteed to make the blood of any potential investor run cold.

In order to attract investment, chambers will need to demonstrate properly thought-out and workable strategies to deal with change. They will need to be able to evidence systems of governance and management that operate effectively and efficiently. These systems will inevitably include real decision-making capability devolved to professional managers and not to committees of barristers that meet, irregularly, or on a monthly or even a quarterly basis.

They will need tight financial control, including proactive control over cash flow, and the ability to demonstrate the production and retention of management information that gives a true picture of chambers’ health as a business, and the trends behind that picture. They will also need to demonstrate that the information gained is, in turn, used as an effective tool to develop their businesses.

There are, of course, some chambers that are increasingly run in this manner and it will be within those chambers that real opportunities for the future will arise. There are many more who may believe that they are properly run though, demonstrably, they are not.

John Binks is a solicitor and founder member of the Bar Consultancy Network. He was formerly a senior manager with the Legal Services Commission and member of the Carter review. He is currently working with a number of chambers which are preparing for the future