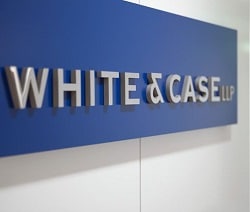 US law firm White & Case has overhauled the way it deals with conflicts of interest in the wake of the investigation that led to its record £250,000 fine last month, including ensuring it can deal with differences between the UK and US, it has emerged.

The full ruling of the Solicitors Disciplinary Tribunal (SDT) – published yesterday – included strong words for the firm, saying that it had “ample resources to protect its clients and to prevent the occurrence of issues such as had arisen in this case”.

In an agreed outcome approved by the SDT, the firm admitted to acting recklessly in not carrying out sufficient conflict checks or doing enough to ensure client confidentiality.

London and Moscow partner David Goldberg – who was fined £50,000 – admitted similar changes, along with acting where there was a significant risk of conflict, and providing confidential information to another partner in the firm.

White & Case previously had a general counsel in New York, but now has co-general counsel (GCs), with the second based in London. Both are senior-level partners and supported by four assistant or deputy GCs in London, New York and Hong Kong.

“These changes provide additional resources for the general counsel function as well as separate expertise dealing with UK and US regulatory and conflicts issues,” the SDT recorded.

The conflicts and new business department is now within the overall GC function and has a “more formalised structure in which clear lines of reporting and responsibility were established, maintained and supported.”

A new process also means that a matter is automatically closed in there is 90 days of inactivity, and if it is reactivated, a full conflict check is carried out.

Further, the co-GCs have established specific guidelines in relation to when the new business acceptance committee, an oversight body created in 2012, must be consulted “to ensure that decisions on matters of new and ongoing business are not taken in a vacuum or on an ad hoc basis without full and proper consideration.”

In early 2014, the High Court debarred White & Case from acting for Ukranian industrialist Victor Pinchuk in a $2bn dispute with two other oligarchs, for whom the firm had acted previously, over the risk of client confidentiality being compromised.

Mr Goldberg had initially acted for Mr Pinchuk in 2010, but when in April 2011 the possible conflict of the New York office acting for the other two men was raised, Mr Goldberg said his understanding was that the original dispute had settled.

This proved to be incorrect and in May 2012, Mr Goldberg received further instructions to act on the Pinchuk case, and the tribunal ruling recorded that at the time he had forgotten about the New York case.

No conflict check was carried out until November 2012, when White & Case’s GC in New York decided that the firm could continue to act in both matters – based in part on confidential information about his case that Mr Goldberg provided to a partner working on the other one.

When Mr Goldberg was preparing to issue proceedings in the High Court in 2013, the GC concluded that the firm could not withdraw from the other matter under New York Bar rules, and decided to impose “ethical screens” to prevent the disclosure of confidential information between the two teams.

When a representative of one of the New York clients initially raised concerns in late 2013, the GC described them as “frivolous”.

Though Mr Goldberg relied in some instances on decisions taken by the firm, he acknowledged that he bore “personal responsibility for compliance with his professional obligations”.

The SDT said: “The tribunal considered that [Mr Goldberg’s] actions were not planned. There was no breach of trust. However, he had direct control of and responsibility for the circumstances giving rise to the problem.

“He should not have allowed the period May to November 2012 to elapse without a conflict check being carried out. If he had carried out the conflict check in May, it would almost certainly have reminded him of the exchange with Partner E in New York in April 2011.

“In this sort of work, an individual solicitor needed to be particularly alert to conflict of interest. He was experienced in international matters with complex client relationships, but at the material time he had not been a partner for very long.”

The SDT said there was no harm to his client “who had to go elsewhere as [White & Case] provide a rebate in costs” and they parted on “amicable terms”.

In relation to White & Case, the tribunal said the public would expect a firm of this nature to have “robust procedures in place to handle potential or real conflict of interest”.

It continued: “Such procedures were essential to the protection of clients and to enable clients to have confidence in the firm and to be completely open with their legal advisers.”

The SDT said the harm caused to the reputation of and trust placed in the profession internationally was “considerably greater” than that of one individual.

“The firm had ample resources to protect its clients and to prevent the occurrence of issues such as had arisen in this case.”