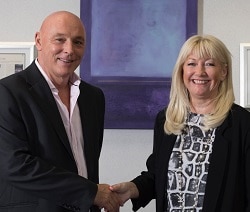 The chief executive of a high-profile law firm was not fired because he blew the whistle on financial problems at the practice, an employment tribunal has ruled.

It found that Peter Watson had his contract terminated by Manchester firm Hilary Meredith Solicitors because of his actions after the problems were uncovered. This meant he was not unfairly dismissed either.

The decision illuminates why he left in October 2017 after less than five months in the role, having previously been chief executive of national firm Simpson Millar.

The tribunal in Manchester recorded that Mr Watson was brought in to manage the business, leaving the eponymous Ms Meredith – best known for her military personal injury work – free to concentrate on bringing work in.

Last month, she was handed a lifetime achievement award by Manchester Law Society.

The firm trumpeted his appointment as a major milestone in its growth, and the ruling recorded that their relationship began well, and then Mr Watson persuaded Ms Meredith to hire accountant Tim Ritchie as finance director.

Just four days after he started, Mr Ritchie reported to Mr Watson that money received from litigation finance firm Novitas had been wrongly recorded as profit costs, rather than as commercial loans.

He feared this could increase the firm’s net debt and was in breach of the covenant with its bank.

The following day, Mr Ritchie told Mr Watson that he had also discovered that around £1m in payments received in respect of disbursements had been transferred to the firm’s office account without the relevant disbursements being paid.

It was agreed that, in telling Ms Meredith about the problems, they made protected disclosures.

The tribunal stressed that there was no suggestion that Ms Meredith was aware of these issues prior to being alerted by the pair or that she was involved in the failure to pay disbursements or to incorrectly retain money in the office account.

The next day, 6 September, Mr Watson resigned, saying: “The additional debt that has come to light over the last couple of days will seriously impact the firm’s ability to execute the growth and exit strategy that we discussed before I joined and as a consequence limit the effectiveness and value of my role within the company.”

A board meeting was then convened with non-executive director Zoe Holland of Zebra Legal Consulting on the telephone to reach a quorum, so as to advise the board that both Mr Watson and Mr Ritchie had tendered their resignations. Mr Watson had a 12-month notice period in his contract.

The evidence showed that Ms Meredith initially tried to convince Mr Watson to stay, but he told her that “the firm cannot sustain your drawings and my income in the long term without growth and it is not going to be able to deliver the return on investment that was envisaged when I made the decision to join”.

At around the same time, Ms Meredith reported the issues to the Solicitors Regulation Authority, while Ms Holland also resigned as a non-executive director.

At the end of September, Ms Meredith told Mr Watson that his period of garden leave would cease and he was expected to attend work on 2 October.

He failed to do so, with his solicitors saying Ms Meredith had first to show that the financial issues had been addressed.

In a meeting, Ms Meredith alleged that Mr Watson and Mr Ritchie had damaged the business by their resignations. She said they had overreacted and suggested that the claimant should have stayed to work through the problem rather than “running for the hills”.

She also alleged, in effect, that they had “spooked” Ms Holland into resigning.

Later that month, the day after Mr Watson sought to raise a grievance, Ms Meredith terminated his contract.

She accused him of failing to verify the accuracy of the figures – which she said were actually lower than at first suspected – and then taking “no steps whatsoever to seek to protect the position of the company”.

Ms Meredith wrote: “Your actions have destabilised the company significantly and have meant that it has suffered substantial damage way beyond what might reasonably have been expected had these matters been dealt with in a responsible and professional manner and in accordance with your duties to the company.

“That failure to do so means, in my view, you have acted in serious breach of your duties as a director and of the terms of your service agreement.”

The tribunal concluded that Ms Meredith’s reasons for dismissal were “not materially influenced” by the protected disclosures – as late as 4 October, she still wanted Mr Watson to stay with the business.

“All the evidence is consistent with Ms Meredith not taking issue with the making of the disclosures. After reflection, she took issue with the way that the claimant resigned so quickly, without staying to see the real extent of the problem and working to see if it could be resolved.

“She decided to dismiss the claimant once it became apparent that settlement terms were not going to be reached. Her view… was that neither the claimant nor she wanted the claimant to return to work.”

The tribunal found that Mr Watson’s actions after he made the protected disclosures could be “severed” from the disclosures themselves.

For the same reasons, the tribunal found that he was not unfairly dismissed.

In a statement, the firm said: “Peter Watson was employed in June 2017 as CEO at Hilary Meredith Solicitors Ltd. Peter was dismissed for gross misconduct in October 2017, five months later, for failing to carry out his duties, including a failure to attend work.

“He reported matters to the board without making adequate, or any, checks as to their validity or accuracy.

“He took the firm to the employment tribunal and his claim failed on all counts. We are now pursuing a personal costs order against Mr Watson.”