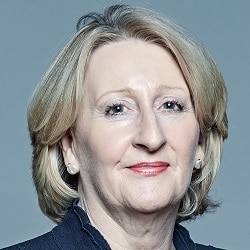 Lawyers acting for whistleblowers have told MPs and peers that they can feel intimidated to raise concerns over non-disclosure agreements (NDAs) because of the threat of retaliation.

Whistleblowers themselves have also accused employers’ law firms of using underhand tactics in employment tribunal cases, and the All-Party Parliamentary Group on Whistleblowing said it would move on to look in more detail at the role of lawyers.

The findings came in the group’s first report – focusing on ‘the voice of the whistleblower’ – which found that, although the UK “remains a leading authority on whistleblowing legislation”, the Public Interest Disclosure Act 1998 (PIDA) needed “a radical overhaul”.

“We have concluded that PIDA has not lived up to expectations and has failed to provide adequate and comprehensive protection to whistleblowers or the public.”

It said there was a culture “that too often supports the covering up of wrongdoing and the penalising of whistleblowers”.

The report highlighted significant weaknesses at all stages of the whistleblowing process, and its 10-point plan for reform featured a call for an urgent review “of the barriers to justice, including access to legal aid and an introduction of measures to tackle inequality of arms including protection against costs”, as well as a ban on NDAs in whistleblowing cases.

It also recommended the creation of an independent Office for the Whistleblower, “with real power to set standards, enforce the protections, and administer meaningful penalties to not only organisations but individuals within organisations”.

The testimony gathered by the group highlighted “a stark unbalance of power and resources” when organisations were negotiating NDAs and settlement agreements with whistleblowers.

The report said whistleblowers felt forced to sign agreements they did not really understand or consent to. “Whistleblowers have told how they felt cheated and a prisoner to these agreements and that attempts to have them reviewed had been mainly rejected.

“Some of the whistleblowers interviewed disclosed that they had felt pressurised by their own lawyer to comply with NDA, and others have gone on to successfully challenge them.

“Lawyers acting for whistleblowers told us that they feel too intimidated to raise concerns when they identify settlement agreements with clauses that breach the legislation or Law Society standards. They are voiced concerns about becoming the target for retaliation themselves.

“We will be reviewing the role of the legal profession in subsequent reports.”

Whistleblowers also complained about inequality of arms when it came to bringing a claim before the employment tribunal under PIDA.

The report highlighted how difficult this was to do because of the cost, complexity, stress and time involved.

“This inequality of arms might explain why so few cases reach tribunal and so few of those that do win… Whistleblowers disclosed that they had spent tens of thousands of pounds on legal advice before discovering that these costs cannot be recovered in the employment tribunal.”

The role of the Office for the Whistleblower would include providing independent investigators, mediation and set rates for legal representation by “accredited practitioners”.

Some whistleblowers also suggested that the tactics used by defendant law firms “amounted to a breach of the spirit of the legislation and in some cases a breach of the ethical codes of conduct”.

The report explained: “These comments were attributed to issues including withholding documents, sending out documents by the ‘lorry load’ often late on a Friday evening and at the beginning of public holidays.

“More than one whistleblower told spoke of the need… to have a law degree before embarking on whistleblowing.”

Conservative MP Mary Robinson, who chairs the group, said it was “time for a root and branch reform of the legislation”, with the Office for the Whistleblower leading the way to review PIDA.

The research carried out for the report was funded by the University of Greenwich, the British Academy and the Leverhulme Trust.