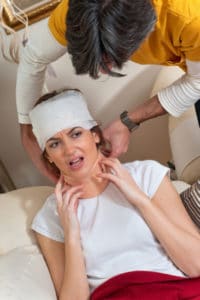 The whiplash reforms could cost claimant lawyers £80m in lost fees a year, the Ministry of Justice (MoJ) said yesterday as it unveiled its final impact assessment (IA) of the changes contained in the Civil Liability Bill.

It also projected that they would cost claimants £990m in lost compensation and having to pay legal fees out of their damages, while the cost of before-the-event (BTE) legal expenses insurance would also go up by around £120m a year.

Confirming the figures from the initial IA in November 2016, it said insurers would save around £1.3bn, passing on around £1.1bn to customers.

The higher BTE premiums would be largely offset by the decrease in insurance premium tax as a result of lower motor premiums.

Released on the day the bill was introduced to Parliament, the IA said the potential cost to claimant lawyers – attributed to cases not being brought at all or being run by claimants as litigants in person – was treated as costs neutral.

“As is standard practice in an IA, it has been assumed that the loss in revenue will be offset by a reduction in the work conducted,” it explained.

“Therefore it has been assumed that claimant lawyers would be able to redirect their resources for productive uses elsewhere in the economy of equal or next best economic value.”

However, the section of the IA about the impact on small and micro businesses recorded that many claimant lawyers disagreed with this assumption given that the legal market is “already saturated”.

IAs consider whether there should be some sort of exemption from the reforms under scrutiny for small and micro businesses, but the Ministry of Justice said that, given that many PI firms are in this category, doing so “would negate the majority of benefits of the policy”.

At the same time, the IA said there were potential benefits for claimant lawyers from the reforms if they stayed in the market.

It said: “The fixed tariff system may minimise any disputes about quantum and reduce negotiation times for claimant lawyers…

“This is because higher legal fees are associated with cases that proceed to court.”

The IA was based on a series of assumptions. Data from the Compensation Recovery Unit said there were 705,000 settled road traffic accident claims in 2016/17, of which 540,000 involved a payout. The MoJ estimated that all but 20,000 of these related to soft tissue injuries.

It projected that 50% of claims with an injury duration of up to six months would continue after the reforms came in, along with all of those lasting more than six months. This would mean 133,000 cases not proceeding on current volume.

The IA said the measures would both reduce costs and “disincentivise fraudulent and exaggerated claims by encouraging greater challenge from defendants/compensators” – because they could not settle without a medical report.

“In summary, the proposals should ensure there are fewer minor claims and that, where valid, any compensation is more proportionate to the injury suffered.”

It was announced yesterday that the second reading of the Civil Liability Bill – the stage where the principles behind the legislation are discussed – will be on 24 April.