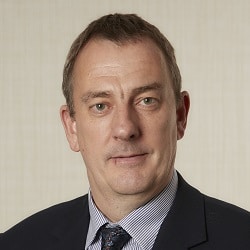 Dalyell: Excuse is not good enough

Claimant representatives have welcomed the delay to the whiplash reforms but questioned whether it is long enough, and also condemned the government for dropping the provision of ADR for cases where liability is disputed.

Lord Chancellor Robert Buckland has put back implementation by five months to 1 August.

But he said “no practicable solution which gave sufficient coverage of ADR for claims” could be found.

“As a result, ADR will no longer be part of the online service. Instead, we will ensure access to justice by developing bespoke processes to enable litigants to go to court to establish liability.”

Gordon Dalyell, president of the Association of Personal Injury Lawyers, said this excuse was “just not good enough. It treats injured people with contempt”.

He explained: “Failure to include an effective and fair way of resolving conflict in the new portal pits the inexperienced individual against the seasoned insurer without a safety net, hoping everything will go without a hitch.

“It assumes that the injured person will simply accept without question what the insurer says has happened, who is a fault, and how much compensation is fair.

“Or, if the injured person refuses to accept what he’s told, it is assumed he will be able to take his case to the small claims court.

“This means paying a fee upfront and facing down the lawyers of the person who has injured him, probably without being able to afford a lawyer of his own to help navigate a court system which is simply not designed to deal with these complex issues.”

Matthew Maxwell Scott, executive director of the Association of Consumer Support Organisations, said the decision to delay was overdue and suggested the added time may still be “inadequate”.

But it was “vital that the Ministry of Justice (MoJ) uses any breathing space effectively, especially as we still don’t have the official rules”.

He said the decision to scrap ADR “directly contradicts earlier reassurances given by ministers and regardless of what they say, it will incentivise insurers to deny liability and therefore cut claims costs”.

In a letter last year to justice select committee chair Bob Neill, MoJ spokesman Lord Keen said: “For those claims where liability is wholly denied by the defendant compensator, the claimant will have the ability to access the bespoke alternative dispute resolution process. This is being created to support the new service and is wholly funded by the insurance sector.

“This will provide an independent view as to whether the compensator is right to wholly deny liability. The insurance sector has agreed to be bound by this process, and so if the ADR outcome is that liability should be in part accepted by the compensator, then the claimant will then have their medical report paid for by that compensator at that point.

“If the independent review process does not find that the compensator should accept liability, then the claimant could of course exercise their right to start court proceedings.”

Mr Maxwell Scott said ministers “still have plenty of explaining to do”, with the portal not looking like “the sort of slick, modern claims process we were promised”, and there was a “high risk” of consumer detriment.

He added that the MoJ also needed to explain how consumers were going to be informed about these changes. Launching it during the summer holidays “feels a bit like burying bad news”.

Paul Nicholls, chair of the Motor Accident Solicitors Society, said the delay was “absolutely the right thing to do”, but added: “An extra five months is not very long though to make some key decisions on an informed basis and provide the necessary clarity on issues at the core of the claims process – multiple injuries, partial liability, sanctions, exclusions, payments, medical reports and others.

“With ADR having been dropped, it is very uncertain what the new process will be to enable litigants to go to court to establish liability and we shall urgently be seeking some clarity.”

Qamar Anwar, managing director of First4Lawyers, said: “What is important now is that the extra time granted by the delay isn’t wasted. The onus is on the MoJ to ensure all the new rules are published without further delay, and all the outstanding issues with the claims process are settled, to allow businesses on all sides the proper time to prepare.

“We also need reassurance that plans have been laid for a much-needed public information campaign – these reforms are bad enough for injured people without them being left clueless on the changes and how even to access the process.

“There remains a significant responsibility on the MoJ and Motor Insurers Bureau (MIB) to focus on the needs of injured people and make sure that these reforms do not end up as the total denial of justice that many fear they will be.”

An MIB spokeswoman said: “MIB will continue to stand alongside the MoJ to support their August delivery date. The additional time will allow the rule committee to complete its work and provided we have their decisions by early May, and the changes are not too far away from what we’ve built to date, we are comfortable we will be ready for the new launch date.”

James Dalton, director of general insurance policy at the Association of British Insurers, said the delay was disappointing, but acknowledged that “the first priority has to be ensuring that the portal works well for consumers from day one”.

He added: “We welcome the clarification from government concerning vulnerable road users, children and protected parties and urge the Ministry of Justice to rapidly address the outstanding issues, especially publishing the rules that will give effect to the new system, as soon as possible.”

Ian Davies, a partner at insurance firm Kennedys, agreed that while the reforms were “important and urgent”, they needed to be done right.

“It remains the case that claimant and defendant representatives alike need to see as soon as possible the new rules, protocol and associated practice direction that will provide the framework underpinning the reforms, as well as the final shape of the compensation tariff.

“It is clear that the decision to move away from the ADR solution will put further pressure on the court system.

“For these reforms to have the desired effect of making the compensation system for low-value road traffic claims fairer and more proportionate, the Ministry of Justice must give us every chance to be ready.

“That means clear decisions, made quickly, with the underlying rules. Then we can go about making these reforms work for the public.”

David Whitmore, chief executive of Slater & Gordon, welcomed the announcements, saying: “Reform is needed and welcomed. We know that customers are demanding a more streamlined, efficient, responsive and technology-focused service.

“So despite this delay, we are continuing to forge ahead with our state-of-the-art systems and processes that will help claimants and insurers through the new small claims track process in the most effective manner.”

“However, there are still important policy decisions to be made about how the portal will work in practice, and it is concerning that alternative dispute resolution has now been removed entirely from this new process.

“Solicitors – for both claimants and defendants – and the general public will need time to adapt to these changes.”

Marcus Taylor, a director of Minster Law, was another to question whether August would be enough time to be sure the new regime “really works for consumers”.

“The danger is that, in the rush to hit an arbitrary deadline, ministers create unforeseen consequences that result in consumer detriment,” he said.

The uncertainty caused by the decision to remove ADR meant “we are not confident that a consumer-friendly portal will be ready for public use any time soon”.

He said the decision to delay the launch “has largely come about because the MoJ has realised that injury claims are complex, far more so than a PPI claim, for example”.