Where are the MDPs? Waiting for the accountants to start setting them up 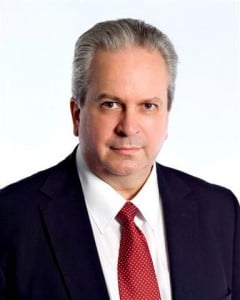 Bushell: significant growth in the number of JVs

There is so far little evidence that alternative business structures (ABSs) will spawn large numbers of multi-disciplinary practices (MDPs), and those that do are likely to be accountancy led, it was claimed yesterday.

Stuart Bushell, legal affairs director of SIFA, said that instead there is likely to be further growth in solicitors forming joint ventures and marketing alliances.

Mr Bushell told CLT’s Innovation in Legal Practice Conference in London that of the ABSs announced so far, only Crabtree Law is an MDP. “There is not much evidence of the much discussed ‘one-stop shop’ type MDP, which was the focus of much of the discussion five to ten years ago,” he said.

However, it was clear that the Institute of Chartered Accountants in England and Wales is determined to open up legal services – specifically probate work – to its members. “According to a recent survey, about 250 of the institute’s member firms would be likely to seek accreditation under the scheme.”

Mr Bushell focused on combining legal and financial services, saying that there has been “significant growth” in the number of joint ventures between solicitors and independent financial advisers (IFAs), some of them with multiple solicitor contributors. These have the advantage of allowing the solicitors to receive financial reward in the form of dividends for the business they refer.

However, he said some of these joint ventures stumble “because the participants have not made efforts to establish the financial viability of the new enterprise. Some solicitors’ firms struggle with joint ventures because of the need for the whole firm to commit to making it a success. Many firms still operate like collections of sole practitioners rather than businesses”.

Mr Bushell said some firms are looking at informal marketing alliances – with the likes of IFAs and accountants – because of the practical issues for some of the various MDP options. “This idea is inexpensive to start, represents a one-stop shop of sorts and is uncomplicated in regulatory terms. The IFA does well and the law and accountancy firms may well do so. However, is it attractive to clients?”