What price unity? Criminal solicitors question why Bar is at the negotiating table without them 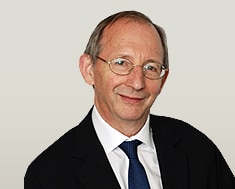 Powell: Greater burden of the ‘strike’ fell on solicitors

Criminal defence solicitors have questioned the unity in the profession to reform the justice system after highlighting how the Bar has asked for solicitors’ support in its fee dispute without reciprocating or involving them in the discussions.

The statement by Greg Powell, president of the London Criminal Courts Solicitors Association (LCCSA), came ahead of a meeting held last night by the Criminal Bar Association (CBA) with heads of chambers to discuss the Ministry of Justice’s offer to put an extra £15m into the advocates’ graduated fee scheme (AGFS) to bring a halt to its members’ industrial action.

Mr Powell expressed concern that, “given the historical record”, the Ministry of Justice would seek to recoup this money from solicitors.

He said that, at the outset of the latest dispute, the LCCSA and the Criminal Law Solicitors Association (CLSA) “asked for a joint negotiating body, an agreed agenda for fee reform, transparency, no secret meetings, and to address issues across the whole defence community”.

But, he said, every time solicitors asked directly if meetings were taking place, with whom and what the agenda was in relation to the AGFS, “the questions were evaded and left unanswered”.

He continued: “We were, however, asked not to undermine the Bar’s refusal to take on post 1 April legally aided work by deploying solicitor-advocates and in-house counsel to fill the gaps.

“Solicitors… became in some instances the targets of hostile judges and contract managers, generally being on the receiving end of the economic and time consuming administrative burden whilst experiencing great difficulties managing client expectations and cases.

“Put shortly the greater burden of the ‘strike’ fell on solicitors, confirming once again that the world is replete with irony.”

Mr Powell said both the Bar and the Ministry of Justice were ignoring the LCCSA’s view that there could, in any event, be no “settlement” of a new scheme without the participation of the Law Society, which is a statutory consultee.

“We await with eager anticipation confirmation from the MoJ that consultation with the Law Society [on the] AGFS will begin as a matter of urgency, particularly for solicitor-advocates who at the time of the Jeffrey review [in 2014] were responsible for 40% of pleas and about a quarter of trial work.”

Noting also that the CBA’s proposed ‘no returns’ policy has been suspended pending the talks, he said: “We have not been asked our view on that or indeed at any point on action or its timing .We have had no voice at the table .

“The Law Society, LCCSA and CLSA have all made their views plain, that government needs to come to a larger and rounder table to address the criminal justice crisis.”

He argued that there was a “hostile environment for access to justice, extending paradoxically to the police and, despite the rhetoric, to victims of crime as police resources diminish”.

Mr Powell said: “We might hope that the government has just demonstrated that it understands that funding is the key to crisis resolution. We may also hope that unity is a principled reality, not only in the legal profession but across the piece, with court staff, probation officers and their unions.”