“We’re getting there,” says Simplify as client anger rages on 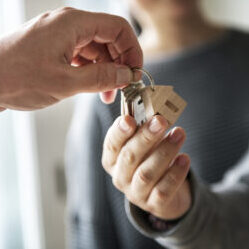 Home moves: Some clients still in the dark

The majority of conveyancers at the Simplify group are now “back up and running on core systems, and actively working on cases”, it announced yesterday.

The latest statement from the company – whose conveyancing firms Premier Property Lawyers, DC Law and JS Law have been particularly badly hit by the 7 November cyber-attack – said it was set to reach that position last night.

“Over the coming days we will be reviewing next steps on cases and contacting all clients, on a prioritised basis, with more detailed updates as we move their cases forward towards exchange and completion.

“We very much regret any uncertainty and disruption that our clients and others have experienced over the past couple of weeks and now look forward to restoring confidence in our services as we progress their home-moves through to completion.”

The Council for Licensed Conveyancers, which regulates the three firms, said: “Work remains to be done in the background and the CLC continues to monitor the recovery closely to ensure that clients’ interests are protected.”

However, consumers continue to take to social media in large numbers to express their anger at a lack of communication from the firms and continued difficulties in contacting them – some reported being told by PPL yesterday that its internet was down.

Many of the users on the Facebook group set up to discuss the fallout from the attack – which now has more than 1,000 members – said they were still in the dark about exchanges and completions that were already meant to have happened, and highlighted the problems either they or others in their chain have suffered as a result, such as leases coming to an end.

At the same time, some users – including the woman who set up the group – said they had now managed to complete.

One of the conveyancers who has been offering advice to frustrated clients on the group wrote yesterday: “I know there’s lots of disappointed people in here. I just want to remind everyone to try to take statements with a pinch of salt.

“Unfortunately they haven’t been reliable in the past and so it’s sensible not to rely entirely on them now.”

Another poster urged users to remember that the individual conveyancers were not to blame. He wrote: “This situation for those conveyancers involved is like driving a car with a passenger (client) with a blacked-out windscreen with many people banging on the car telling them to turn right, left or stay straight. The radio is broken and all is silent, they want to get their passenger to the destination but it’s going to take time.”

Some users also reported having moved to new firms.

The Facebook group is called ‘When Conveyancing Goes Rogue’