Wellbeing a “global problem” with severe effects on some lawyers 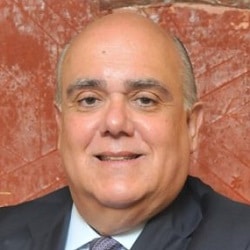 Neto: Covid had made situation worse

Lawyer wellbeing is “a cause for global concern”, with levels of wellbeing below the average in every part of the globe, the first survey of its kind has found.

Anxiety, fatigue and disrupted sleep were the primary effects of these problems, although one in 10 lawyers under 30 said they had experienced suicidal thoughts as a result of work-related mental wellbeing issues, and half recounted “depressed thoughts”.

As well as the young, the International Bar Association (IBA) said the results showed too that wellbeing issues had “a disproportionate impact” on women, those who identify as an ethnic minority and those with disabilities, when compared with older, White men.

But while the research confirmed many suspicions about “the nature of the international wellbeing crisis in the legal community”, the IBA said it also highlighted some unexpected findings.

These included the fact that the majority of respondents have “healthy coping strategies” in place, including meditation, yoga and a healthy diet, as opposed to the use of alcohol or recreational drugs as found in previous studies.

The interim results of the survey are based on responses from 3,256 individual lawyers and 186 legal organisations – mostly made up of law firms (81%) but including law societies and Bar associations. It was developed in partnership with Thomson Reuters consultancy Acritas.

It is part of the IBA’s effort to create a co-ordinated international response to wellbeing issues in the legal profession.

The IBA said the survey showed that that lawyers’ levels of wellbeing were “below the global average” on every continent, while four in 10 said they could not discuss wellbeing issues with employers without worrying about damage to their careers.

Significant disparities came with age, with older lawyers (and partners) reporting significantly higher levels of wellbeing than younger ones (and associates).

Men also had higher levels of wellbeing than women across the board, with the sole exception of those operating from barristers’ chambers. There were particularly high gaps between male and female experiences of wellbeing in companies and in academia.

Older lawyers were most likely to blame stress or pressure for having a negative impact on wellbeing, while those aged under 30 were most likely to cite work/life balance – heavy workload was a common theme across the board, except for the over 60s.

The research showed that many lawyers faced competing demands, long hours, unrealistic time pressures and an inability to take breaks – 11% also said they had experienced harassment and/or bullying regularly or all the time.

While employers may think wellbeing was a priority, the IBA said, this was not reflected in the experiences of their staff, with most lawyers, and 75% of those aged between 25 and 35, saying employers should do more to improve wellbeing.

The top suggestion from respondents was improving workplace culture by increasing openness about wellbeing, creating a culture of mutual respect and addressing poor behaviour.

This was followed by direct interventions or support, such as counselling, mentoring programmes or coaching.

The IBA also noted a “large disparity” between the number of institutions that said they have wellbeing initiatives in place (73%), and the extent to which those in managerial positions were offered any sort of wellbeing training (16%).

Lawyers said employers were least effective in responding to bullying or harassment, lack of support and excessive workloads.

They were most effective at dealing with competing demands on their staff and unrealistic time pressures.

Horacio Bernardes Neto, immediate past president of the IBA, who began the project, said: “The devastating effects of depression, stress, addiction and other such attacks on our wellbeing may have preceded the coronavirus pandemic, but there is no question that it has exacerbated their impact.”