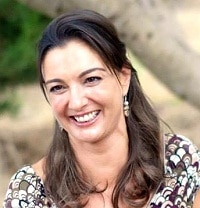 The LegalBeagles web forum, set up by a Brighton litigation executive, is providing the town’s oldest law firm with a stream of consumer credit work and what is thought to be the first bank charges court victory since 2007.

Ms Briscoe, who is training to become a chartered legal executive, said the site had experienced “crazy growth” in the last couple of years, creating a lot of work for the law firm.

“We get a lot of inquiries and we have to turn away quite a few,” Ms Briscoe said. “Those we can’t help we give good advice on how to negotiate and settle cases.”

Ms Briscoe ran her own building firm in London for 10 years, where she experienced being on the receiving end of bank charges. She closed down the firm to start a new career as a family lawyer, but was advised against it during work experience. Instead she went on to become an operations and facilities manager at Brighton and Hove council, managing 52 staff. She left the council in 2012.

Ms Briscoe said most of her clients contacted her through LegalBeagles. “Within a month of joining Howlett Clarke we were swamped with work,” she said. “The majority of cases have to be done on conditional fees. We have to risk assess cases very carefully and I can’t deny that I cherry pick.” Ms Briscoe said the law firm had redeployed staff to help her from its personal injury department, such is the volume of work.

Deputy District Judge Stockdale held that the unarranged overdraft charges levied on Mr Foster-Burnell were contrary to the requirements of good faith under section 5(1) of the Unfair Terms in Consumer Contracts Regulations 1999.

“Banks have to take notice of this,” Ms Briscoe said. “This case is not going to stay at Taunton”. She said Lloyds TSB still had time to appeal, but if they decided not to, the firm could launch its own appeal.