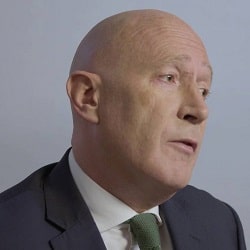 Egan: We stand together

Criminal defence lawyers have made an unprecedented show of solidarity with Richard Egan, the solicitor sent a death threat over his work representing convicted killer Jack Shepherd.

Using the hashtag #WeAreRichardEgan, groups, firms and individuals have flooded social media backing the Tuckers senior partner, with many blaming the media for the situation he is in.

In response, Mr Egan issued a short statement through the London Criminal Courts Solicitors Association (LCCSA), saying: “Can you pass on my huge appreciation to everyone who has expressed support. I felt quite alone dealing with this.

“Now there is an army if lawyers standing next to me so please let members know how much it means to me as we stand together.”

There has been a lot of inaccurate reporting about the amount of legal aid Tuckers received for acting for Mr Shepherd, and for continuing to act on his appeal after he absconded.

Mr Egan told the BBC that he has received a stream of abusive and threatening communications, but did not take them particularly seriously until receiving the threat.

It said: “Remember Jo Cox? You have been followed – nice house! Now, accidents happen, people get stabbed in London, pets get poisoned, children run over. Be warned (EDF) we will petrol bomb your nice office.”

The letter, which featured a swastika and the SS symbol, and was signed ‘Heil Hitler 88’, has been passed to police.

The outpouring of support has come from both sides of the profession. The LCCSA said: “The public outcry to this case has been fuelled by repeated salacious and irresponsible reporting in the press and amongst politicians who have portrayed Mr Shepherd’s defence team as enabling his absence while engorging themselves on legal aid payments.

“The prosaic truth is that dedicated professionals worked to the best of their ability in furtherance of their client’s best interests as they are professionally obliged to do so. They did so in a crumbling system and for limited payment.

“This death threat is the sad unintended, but not unexpected, culmination of the misrepresentation of the role of Mr Shepherd’s defence team.”

The Criminal Law Solicitors Association urged its members to tweet their support for Mr Egan, adding: “Wholly inflammatory, exaggerated and inaccurate reports do little other than incite, and that is unacceptable.”

A statement yesterday from the current and four former chairs of the Criminal Bar Association said they deplored what had happened.

“Threats to lawyers are a direct attack on the rule of law, without which we will be plunged into anarchy and disorder.

“On behalf of the criminal Bar, we are proud to stand with Richard Egan and we condemn this cowardly attempt at intimidation of a lawyer discharging his professional duty to the courts and to his client.”

The Lord Chancellor David Gauke also spoke up for the solicitor, saying: “I am deeply concerned to hear of the threats made against the lawyers representing Jack Shepherd.

“Criminal defence advocates play a vital role in upholding the rule of law and ensuring everyone has the opportunity to defend their rights.

“Whatever your views about this particular case, such intimidating and threatening behaviour is completely unacceptable in a civilised society.”

Aside from the fact that Mr Egan is not acting as the advocate, the statement was widely welcomed, especially against the background of his predecessor Liz Truss not coming to the support of the judiciary after the infamous ‘Enemies of the people’ headline.

The All-Party Parliamentary Group on Legal Aid tweeted yesterday that it “fully supports the solicitors acting for Jack Shepherd, who have done nothing more than comply with their professional obligations. For the rule of law to work in reality we need solicitors fighting both sides of a case”.

Solicitor Nicholas Diable tweeted: “When those threatening & abusing Richard Egan are arrested and come before the courts, as I feel certain more than one has already and will do again, they’ll be crying out for someone like Egan to stand by their side and fight their corner.”

The BBC reported that the barrister in the case, Stephen Vullo QC, has written to the Court of Appeal to say that he would act for no fee, given the claims that Mr Egan would make money from continuing the appeal in his client’s absence.

He told the broadcaster: “Richard received a death threat which I thought was credible and quite frankly appalling.

“He has been misrepresented in the press as somebody acting for the purposes of obtaining money.

“In fact he would receive no fee for the appeal. Only I would receive a fee. So I decided, against his wishes, to say I won’t claim my fee so therefore, the defence cost in legal aid will be zero.”