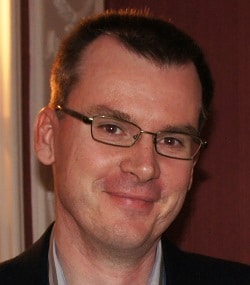 Litchfield: Not phased by SRA regulation

A wealth management firm has become an alternative business structure (ABS) and one of the first to adopt dual regulation by the Solicitors Regulation Authority (SRA) and Financial Conduct Authority (FCA).

LCM Wealth Management is a family office based in Warrington overseeing around 400 entities at any one time, and has secured novel professional indemnity insurance (PII) arrangements, with two policies from the same underwriter.

Managing director James Litchfield told Legal Futures that the impetus for becoming an ABS was that the amount of legal work it was outsourcing to law firms reached a “critical mass” – sending out about £120,000 worth of work a year – and it made sense to bring it in-house.

“We’re not new to being heavily involved in legal advice,” he said. When external lawyers were instructed, “we act as our clients’ guide and interpreter”.

Offering non-contentious probate, conveyancing and commercial work, the firm has brought in Ian Smith, formerly in-house at another family office, as its first solicitor. He is head of legal practice for the ABS. Other legal work continues to be outsourced and clients are free to use their own solicitors.

Mr Litchfield – the ABS’s head of finance and administration – said LCM was likely to recruit another private client solicitor in the coming months.

He explained that being a single business, rather than having a separate ABS, aided client advice by ensuring that Mr Smith was an integral part of the planning process from day one. Also, with his advice included in clients’ “overarching retainer” with LCM, there was no hourly billing for either to worry about.

Mr Litchfield said that coming from a lifetime of working in a regulated environment, he was “not phased” by taking on additional SRA regulation; further, “we already have a lot of what the SRA wanted in place”.

The SRA required them to use a single insurer for both their SRA and FCA PII policies to ensure that there were no arguments between different insurers as to who was liable.

Liberty Mutual stepped forward and the way the policies were written ensured there were no cracks between them for anyone to fall through, he said.

The ABS’s insurance primarily covers reserved activities; in the event of a claim over unreserved activity – such as negligent drafting of a shareholders agreement – “we would probably go to the FCA policy first and then the underwriters would decide”, Mr Litchfield said.

Meanwhile, in other ABS news, Fairpoint Group plc announced on Friday that Simpson Millar – the law firm it bought in 2014 – had exceeded the targets for the second stage of the vendors’ earn-out, and that they would receive a further £3m as a result.

Fairpoint paid £7m in cash and 1.4m shares to acquire Simpson Millar, with provision for the payment of an earn-out of up to £6m based on the firm’s financial performance for two 12-month periods ending June 2015 and June 2016, with payment to be half in cash and half in shares.

It achieved the maximum £3m pay-out last year and has done again so this. The shares were issued at the previously agreed price of 141p per share. The vendors have been allowed to deal with the one million shares they received last year since 30 June 2016, but cannot deal with the latest tranche until 30 June 2017.

Fairpoint’s share price has been dropping rapidly in the last year, however. From a high of 194p almost exactly 12 months ago, it closed at 66p on Friday. However, in September it issued decent results for the first half of 2016 – as it continues its transformation from a debt specialist into a legal business – and analyst forecasts indicate optimism for how the company will perform over the next year.

Roger Leboff of Equity Development wrote in September: “A major shift in strategy takes time to effect, and the unforeseen conveyancing slow down impacts results in the short term. Nonetheless, Fairpoint is diligently building secure foundations and infrastructure for a legal business that offers major growth potential.”