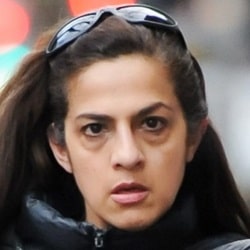 A judge has issued a warrant for the arrest of a barrister accused of harassing a solicitor who refused to represent her on a pro bono basis.

Dr Aisha Bijlani, a medic before she turned to the law, is wanted by police after failing to turn up at the latest hearing of a single charge of harassment without violence against Richard Howlett.

Mr Howlett, a partner at west London law firm Selachii, met Dr Bijlani at an event and saw her as a potential client when she outlined legal difficulties she was experiencing.

A meeting followed in mid-2017, at which the barrister, 51, asked Mr Howlett to take her case on a pro bono basis, which he declined.

The prosecutor said: “What follows is a series of emails, some of them abusive. The first on 18 July accuses Mr Howlett of abetting fraud and racism and then goes on to say she was thinking of bringing private prosecutions against a number of people.

“Mr Howlett responded in an email that the firm did not act for her and that she should desist any sort of communication. She did not.

“They continued on a similar vein until… the police intervened and issued a harassment warning.”

Despite the warning, the emails continued, with accusations of ineptitude and racism and even claims that the film owed her money. Dr Bijlani said she would accept a £5m settlement.

She also wrote to Mr Howlett’s business partner, accusing the former of racism, as well as public bodies including the Crown Prosecution Service (CPS), the Solicitors Regulation Authority and even the Intergovernmental Panel on Climate Change.

In an email to the CPS demanding Mr Howlett be prosecuted for refusing to represent her, she said: “Please see enclosed and agree to proceed or I will commence private prosecutions. Please arrest him for ongoing harassment and intimidation.”

Mr Howett told the court: “What really started to trouble me is when she started to call me racist. Allegations of that nature are very serious and could have a profound effect on my career.”

Mr Howlett had to explain the situation not only to his partner, but other people in his firm who read the emails. “The emails started trouble me, they became increasingly aggressive and accusatory. It kind of gets hold of you in a way you do expect.

“She was copying in the SRA and anyone she could copy in. I felt she was trying to ruin me.”

Mr Howett told the court how they kept a picture of Dr Bijlani at his firm’s front desk in case she tried to enter the building and he became so concerned he installed CCTV in his home.

“I do not want to sensationalise but I have got a family. I am getting upset,” he said. “You read things in the papers. From my point of view, it was getting of hand.”

Dr Bijlani, of Pimlico, south-west London, had denied harassment without violence but finding the charge proved and issuing a warrant for her arrest, Deputy Senior District Judge Tan Ikram said: “There is no justification for the demand in these emails, they are without basis and without merit.

“There is no evidence that Mr Howlett has been racist in this case or that anybody else has been.

“I had the benefit of hearing from him and his demeanour in the witness box at one point showed distress when talking about the impact on him and indeed his family and business.”

In 2007, Dr Bijlani was convicted of harassment against her former partner, and also unsuccessfully took her former chambers, 4 New Square, to an employment tribunal claiming her career prospects were held back by racist attitudes.

What appears to be her LinkedIn and Twitter accounts include accusations of criminal conduct by senior judges.