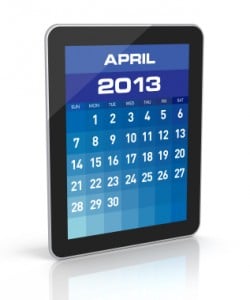 Deadline: the ban will come into force next April

Law firms may have just weeks to reorganise their business plans once a decision is made on enforcing the ban on referral fees in personal injury (PI) work, a leading practitioner has warned while branding the situation “unbelievable”

Speaking at a Law Society civil litigation conference in London last week, Patrick Allen, senior partner of London firm Hodge Jones & Allen and a former president of the Association of Personal Injury Lawyers, complained the ban was “a completely misguided policy because there was no consumer detriment”.

More broadly, the Jackson litigation funding reforms represent “a major attack on the ability of ordinary people to bring PI claims”. By lobbying for the changes, the insurance industry had obtained a “fantastic prize”, said Mr Allen.

Referring to Legal Futures’ revelation that the insurance giant Direct Line alone was receiving around £150m a year from solicitors, he said: “I can’t see that insurers are going to forego that work, so they will keep it all in-house or buy law firms… and solicitors in practice will lose all the work.”

He also described as “unbelievable” a timetable that would involve law firms having to wait until early 2013 for certainty on the Solicitors Regulation Authority’s (SRA) policy on enforcement of the ban, which is due to come into force next April.

A consultation on the subject would take several weeks and once responses were received and considered, they would have to be submitted to the Legal Services Board, he said. As of late last week, Legal Futures understood that the contents of the consultation – which was initially slated for publication today – has still not been finalised by the SRA board.

We further understand that the SRA board is scheduled to discuss the outcome of the consultation in January, and it will then have to put its rules to the Legal Services Board for approval. Mr Allen said: “It seems to me we will have about four weeks at best to… decide what to do, which is unbelievable bearing in mind the economic activity that is involved here. Many of us trying to run huge businesses will have about four weeks possibly to tear up our business plan and come up with a wholly different modus operandi.”

If the latter decision was the outcome, solicitors will “have to do a lot more of their own marketing if they want to maintain the flow of work they are currently getting”; the other option is to form alternative business structures (ABS) claims management companies. This is likely to squeeze small firms out entirely, Mr Allen said.